Petrucci has been ousted from Ducati for 2021 to make way for current Pramac rider Jack Miller, with the Italian heading to Tech3 KTM next year.

Ducati's decision was made before any racing had taken place in 2020, though the Italian marque pondered removing him from his works seat to make room for Johann Zarco within its ranks last November before opting against it for financial reasons.

Petrucci led for almost the entirety of the 26-lap wet Le Mans race on Sunday to secure his second MotoGP win and his first top-six finish since last year's German GP.

"It was a very, very crazy year because the season had not started but I lost my seat," Petrucci said.

"It felt like in that moment nobody trusts me. But there was some movement of other riders and other people trusted me.

"At the end, the season started and the changes to the rear tyre made me struggle a lot.

"I first started working on the electronics, but [it] was not the way to do it and at the end in Misano test we found something, then in Barcelona I felt the bike again like I wanted.

"Then here I knew that I got a big opportunity." 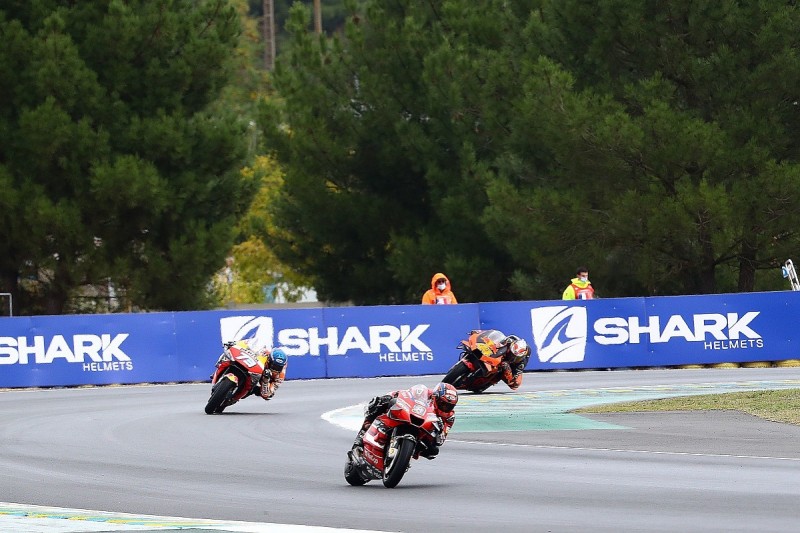 Petrucci ended up 1.2 seconds clear of Honda's Alex Marquez at the chequered flag, but admits he was "really scared" about the rookie catching him in the closing laps and says the race came down to "who wanted to win more".

"I was really scared about Alex coming through in the last laps because I know he is a very good rider in the wet," he added.

"Like me, he lost his factory seat before the season started.

"So, he is a world champion and he wants to prove he is very fast also in MotoGP. So, I think in the end it was who wants to win more and fortunately he started so far back and I start in the first row."

Petrucci's breakthrough in adapting the GP20 to the 2020 rear tyre in recent races allowed him to qualify third and feels he could have been a factor in the podium battle in the dry.

He also believes he has regained enough confidence on the bike to battle for the rostrum in the remaining five rounds.

"I felt confident after Barcelona, and I came here with the will to step on the podium," he said. "And I was able to stay in the first position all the weekend.

"I didn't expect the rain today, but at the end after this morning I knew I could fight for the podium even in the dry." 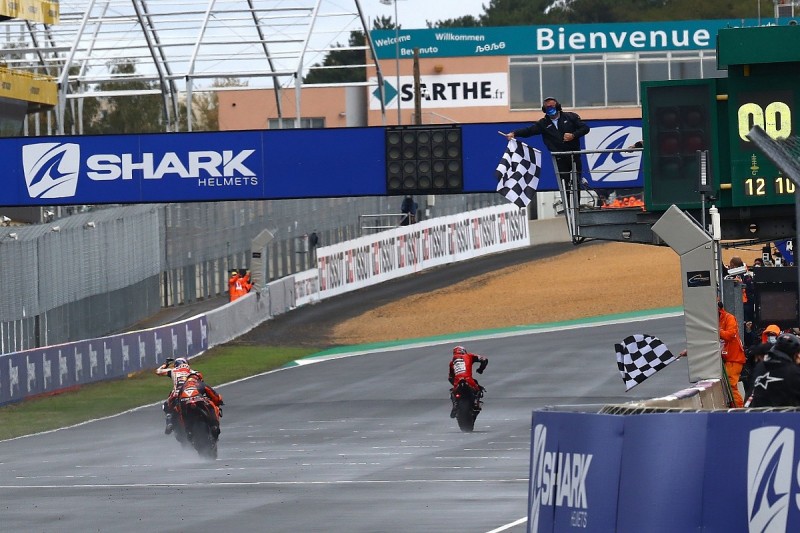 He added: "My story with Ducati was so long.

"I had to fight a lot with a lot of riders and also with big names of MotoGP to get that seat. But, maybe the people in Ducati had other ideas and I understood that.

"At the end, it's better like this and I'm happy to have won again and I recover a good feeling on the bike that can help me to finish on the podium in the remaining races of this year."

Quartararo: Battle for ninth with Mir in French MotoGP "like fight for victory"