Suzuki endured a torrid 2017 campaign, losing ground to MotoGP's leading manufacturers and failing to score a single podium with its all-new line-up of Andrea Iannone and rookie Rins.

That resulted in the Japanese firm regaining technical concessions for 2018, including freedom on in-season testing and engine development.

Its new bike has so far looked a stronger proposition in pre-season, in particular in the hands of Rins during the second test at Thailand's Buriram circuit.

"We're leaving with a good base for the bike," said Rins, who was no lower than seventh on all three Buriram test days and was second fastest on the opening day.

"In this second test, we tried many things, and some of them we discarded because we are sure they do not work.

"Both in [the first test in] Malaysia and here [at Buriram] we have done a great job.

"We are taking lots of positives, and you can see that in both the rhythm and the lap times we've achieved.

"But I think we have a good bike, a bike that is 100 times better than last year." 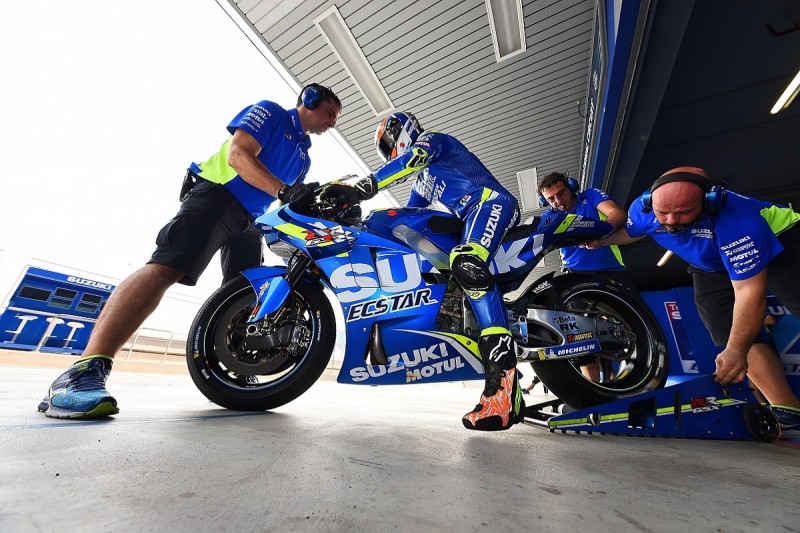 Rins was rewarded with a Suzuki factory ride for his MotoGP graduation in 2017, but finished 16th in the points after injuries disrupted both his preparation for the season and the campaign itself.

He managed stronger form towards the end of the year, though, and said he felt a further boost from his efforts during the off-season.

"This has been the pre-season that I've worked the hardest," Rins said. "Last year I was inactive throughout December and part of January.

"This winter, I was getting up early to go to the gym to train, and thanks to that I feel more prepared.

"Last year was really difficult for me, I suffered a lot with the injuries and everything. But now I'm on a good performance [level]."