MotoGP team not on Valentino Rossi's radar yet

Valentino Rossi says moving his VR46 outfit up from Moto2 and Moto3 to MotoGP is not yet on his radar, despite the series chiefs backing such a move

Rossi formed his junior outfit in Moto3 in 2014 and it has grown to enter Moto2 this year, fielding Italian riders alongside his burgeoning rider academy.

Carmelo Ezpeleta, CEO of MotoGP promoter Dorna, recently told Autosport that Rossi's team is guaranteed grid slots in the premier class should it choose to step up as a way of keeping Rossi involved after the 38-year-old retires.

Rossi said he is "very grateful" or the offer, but that it was not something he was rushing to take up.

"For the moment I have no plans to have a team in MotoGP," he said.

"Maybe in 10 years, when we are older, but at the moment we prefer to focus on young riders.

"Carmelo said to me that he's very happy if I have a team in MotoGP.

"I am very happy too, so thanks to Carmelo but at this moment it's not in our plan because we are not big enough.

"Also, our idea is to try to help the young Italian riders, so Moto3 and Moto2 is already enough." 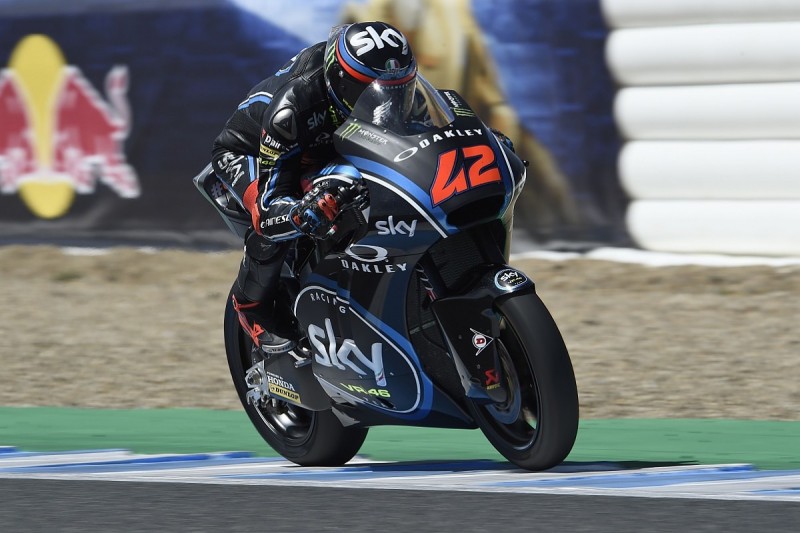 Rookie Francesco Bagnaia leads the way for Rossi's new Moto2 operation in fifth place after four races, taking his maiden podium with second at Jerez, while Stefano Manzi is yet to score.

Andrea Migno and Nicolo Bulega both recorded podiums in Moto3 in 2016 but have had mixed starts to the new campaign, sitting seventh and 10th in the standings.