Vinales - who won in Qatar a year ago on his Yamaha race debut - continued to struggle for pace in qualifying at the Losail circuit after a difficult winter, ending up having to fight his way through Q1 and then ending up 12th and last in the pole position shootout.

He was the only rider in Q2 that failed to lap within a second of poleman Johann Zarco on the satellite Tech 3 Yamaha.

But Vinales said he was encouraged by his speed in FP4, in which he finished an encouraging fifth-fastest and less than three tenths off the pace.

The Spaniard said, however, the changes he made to his bike effectively rendered his entire winter of testing a waste.

"In FP4 we changed quite a lot of the bike, similar to what I was riding last year, and I felt much better already from the first lap," he said.

"So we have to continue working, trying to simulate a little bit the bike from the beginning of last year - the positive points - and let's see what we can do.

"Honestly, regarding what the set-up we used today, it was like the tests were useless for me.

"So we have to continue working and trying to find a positive way."

Explaining his run to 12th in Q2, he added: "I didn't find a clear lap. I make the lap in the second [attempt], so the tyre already was spinning a lot.

"Anyway, as I said, I am trying to get more confidence to get a bike I can ride, nothing more.

"Honestly, right now I feel I lost three months because the bike is totally different.

"Already from the first lap, I feel much more comfortable than the bike I rode three months ago." 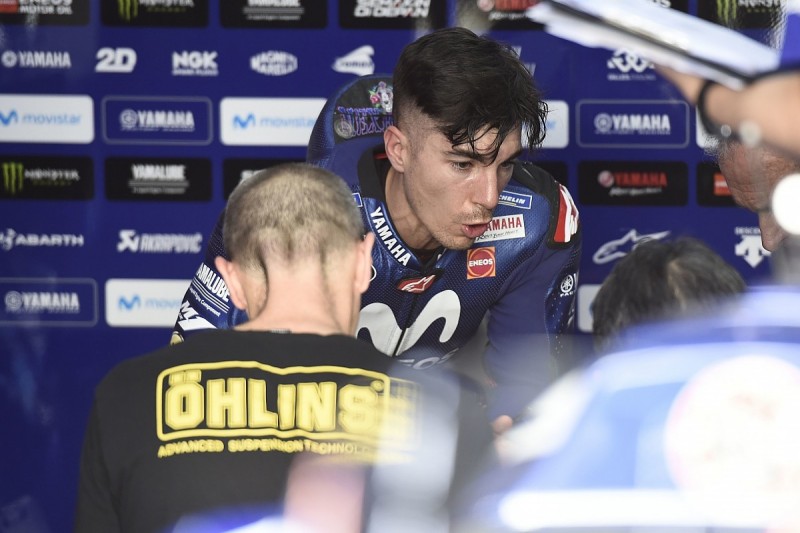 Team-mate Valentino Rossi was eighth fastest on the quicker of the two works Yamahas in qualifying, but the Italian said concerns about his race pace remain with his tyres wearing out "too soon".

"The time I did is not bad, it's more or less the time of the test, but the position is not fantastic," Rossi admitted.

"I was confident about getting on the second row and I will have to start from the third, and that makes things a bit difficult.

"There are about 10 or 12 riders with a very similar rhythm, both those in front of me and those behind me. Everything depends on how the tyres are in the second half of the race.

"I'm a little worried because I have a good pace but my tyres start to fall too soon. I'm still not happy with the balance of the bike and that's why we still have work to do."