VR46 Ducati rider Luca Marini says his MotoGP legend brother Valentino Rossi will “for sure come to three, four races” in 2022 to offer support to his team.

The nine-time grand prix motorcycle world champion retired at the end of the 2021 season and will embark on a campaign in GT World Challenge Europe with WRT Audi this year.

Rossi retains a big presence in the MotoGP paddock in 2022, however, with his VR46 squad now racing in the premier class with brother Marini and rookie Marco Bezzecchi representing the squad.

PLUS: How Ducati turned its biggest strength into a problem

Its first race in Qatar two weeks ago proved disastrous for the team, with Bezzecchi crashing out early on after a strong qualifying in 15th, while Marini was 13th on his 2022-spec Ducati after qualifying 17th.

Ahead of this weekend’s Indonesia Grand Prix, Marini admits he had “too many problems” in Qatar and “didn’t work enough for the race”.

When asked if he thought the presence of Rossi and his experience could have helped him, Marini says he was unsure as the level of his team is already so high.

But he noted Rossi will be at some races in 2022 and hopes he will “bring us some magic” to the garage.

“Well, [calling the race] a bit complicated is not enough,” Marini said on Thursday at the new Mandalika International Street Circuit. 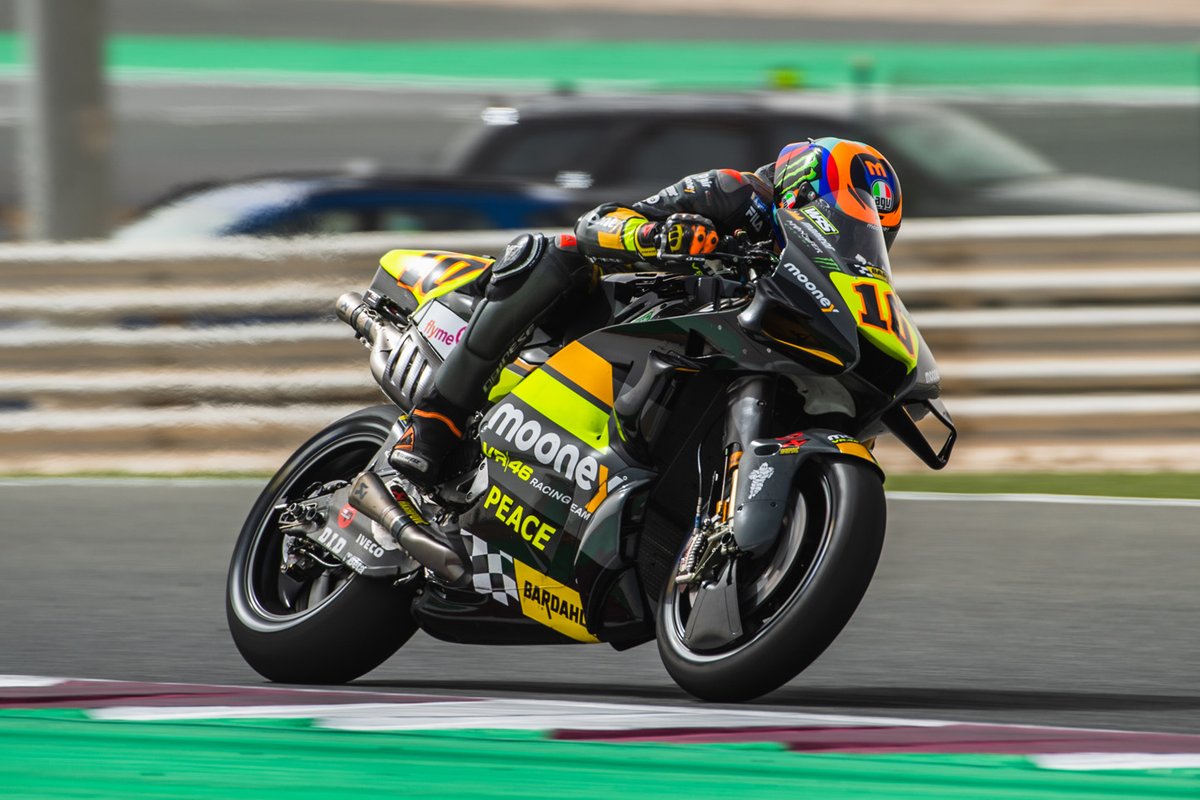 “It was a disaster GP, all the weekend. We had too many problems and we didn’t work enough for the race.

“So, it was difficult. Sincerely, I don’t know because we are in MotoGP, the level of the people who are working here is really high.

“For sure his experience is unbelievable, maybe he’s the guy with the most experience in this paddock.

“So, he knows a lot of things. But my level and also the level of my crew is also really high.

“I don’t know. We will see when he will come. For sure he will come for three, four races this year – maybe more.

“We will see if just his presence in the garage, in the box, will make something special and bring us some magic that he always had in his career.”

This weekend’s Indonesian GP is the first in the country since 1997, with Rossi winning the 125cc race that year when it was held at the Sentul circuit.

In last month’s pre-season test at the Mandalika circuit, Marini topped day two of running on his VR46 Ducati, while Honda’s Pol Espargaro was fastest outright at the end of the test.