Reigning MotoGP world champion Fabio Quartararo says he is “impressed” with the 2022 Aprilia after it was second overall at the two-day pre-season test in Malaysia last weekend.

Aprilia enter its eighth season in the premier class since its full-time return in 2015, with 2022 marking its first season as a standalone factory entrant having previously run its effort in conjunction with Gresini Racing.

PLUS: Will Yamaha's 2022 MotoGP title hopes hinge on a mindset?

The Italian manufacturer made a significant step forward in 2021 with its RS-GP as it was the only marque able to fully develop its motorcycle despite COVID cost-saving rules being in place.

Aleix Espargaro took the bike to its first podium in last year’s British Grand Prix, while the marque attracted a big name in Maverick Vinales – who joined from the Aragon GP after parting ways with Yamaha under controversial circumstances.

Vinales had three days of running at the Sepang shakedown ahead of the official test last week, while Espargaro completed one extra day.

The latter ended the test second overall with a time underneath the old lap record, while Vinales completed the top five.

“Well of course we know that they are super-fast, they have two riders that are riding fast,” Yamaha’s Quartararo said when asked what he made of the 2022 Aprilia in Malaysia.

“And for me, even if you have more days of riding, in the end you are doing one lap time. To be already under the 1m59s is a fast lap time, and they already do 1m58.3s.

“They made more days [of testing], but for sure the bike is going super well.

“If you check the top speed, it’s super-fast. I was behind Aleix for half a lap and the [bike] was turning a lot.

“So, for sure I’m impressed with them. And yes, Suzuki and Honda made a massive step also.” 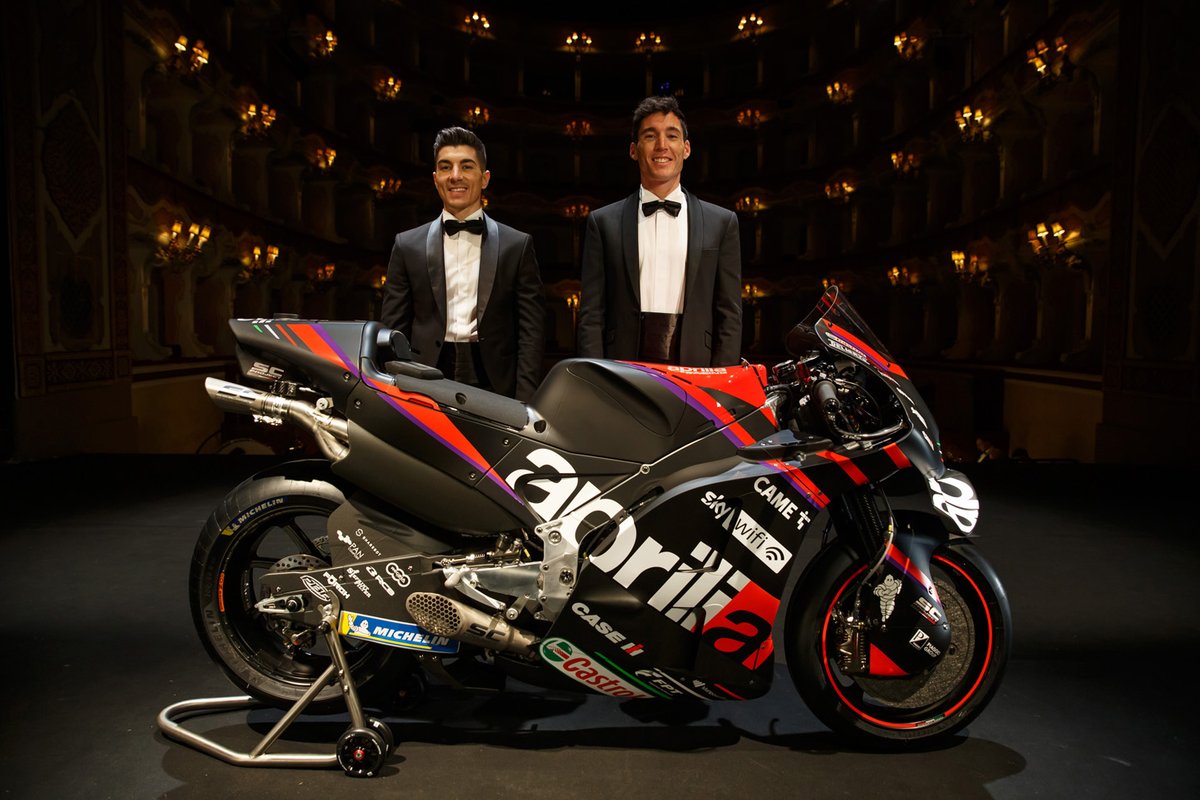 Vinales admitted after the Sepang test that his adaptation process to the Aprilia MotoGP bike was “taking much longer” than he expected.

Espargaro came under fire in Malaysia when he was found to have breached MotoGP’s COVID bubble rules set out by the local authorities.

Despite the circuit issuing a direct warning to MotoGP and governing body the FIM, no further action was taken.

Quartararo ended the Sepang test “not happy” with the progress – or lack thereof – made to Yamaha’s bike over the winter, with its chief weakness of top speed not being addressed.