Six-time MotoGP world champion Marc Marquez is "seeing the positives" following a third operation on his broken left arm, according to his brother Alex Marquez

The elder Marquez brother broke his right humerus bone in a heavy crash during the 2020 season-opening Spanish Grand Prix at Jerez, which required surgery to fix a plate and screws.

Marquez attempted a comeback just days later for the Andalusian Grand Prix at Jerez, but aborted this after qualifying as the effort exerted had weakened the plate in his arm such that it subsequently broke when he opened a patio door at home.

Requiring a second operation, Marquez was ultimately ruled out for the rest of the year, with his recovery much slower than expected.

He underwent a third eight-hour operation to have bone grafted from his hip onto his arm in Madrid last week, but remains in hospital having antibiotic treatment after an infection was discovered in the previous fracture - likely explaining the slowness of his recovery.

Honda is yet to comment on a recovery time, but Marquez is expected to be in rehabilitation for another six months. 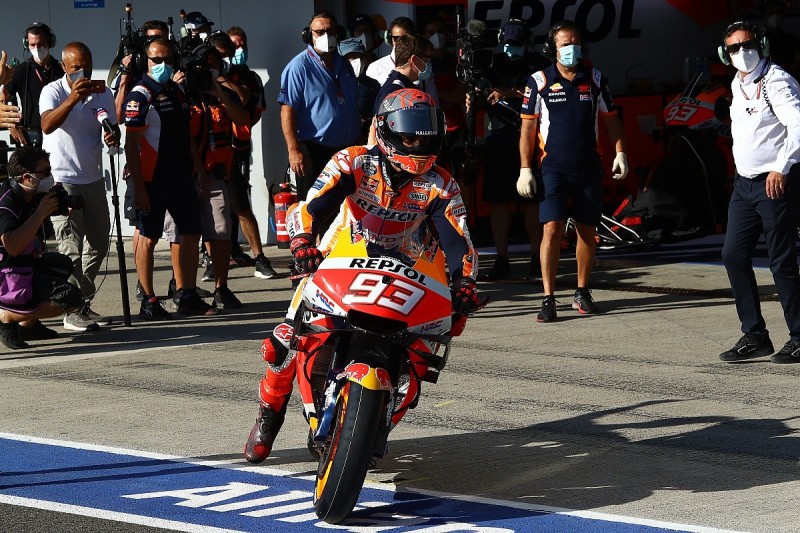 Speaking at a Honda press conference on Thursday morning, Alex Marquez was not fielding questions about his brother but did explain that he was "getting better".

"It was a long operation and the first days he was a bit convalescent, but now he is getting better and better.

"[He's] encouraged and seeing the positive things, which is what he lacked in this last period."

Marc Marquez was due to appear at the Honda press conference on Thursday, but was ruled out following his operation.

Speaking to DAZN ahead of his surgery, Marquez admitted for the first time his decision to stage a comeback at the Andalusian GP following his first operation was a mistake.

But he also feels the doctors should have advised him better, as he was cleared to try and race.

"Stefan did a fantastic progress and we are very happy," Puig said of Bradl.

"We will continue with Stefan next year as a test rider because he changed a lot. 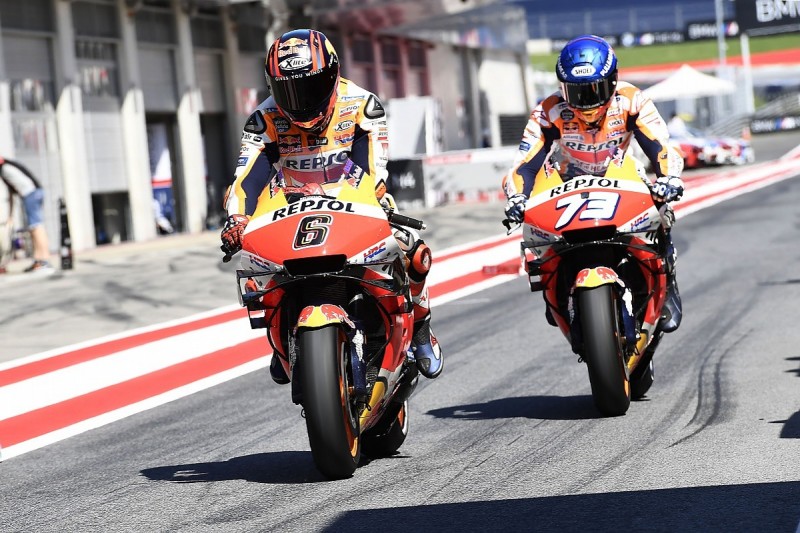 "At the beginning of the year he was at his house planning a test rider year, and suddenly all this COVID appears and then Marquez is out.

"He had to change his mindset, and he really did. He went up to speed very fast and the truth is we loaded him a lot with so many tests, so many races.

"So, he did a great effort and Honda appreciates his effort.

"Also, the data we are collecting from him is very interesting. Stefan will continue as a test rider with Honda next year."

Bradl could well be called on to race in place of Marquez for the opening part of the 2021 season should he be ruled out.

However, Honda may instead opt to field Andrea Dovizioso, who is taking a sabbatical in 2021 and admitted last month he would consider replacing Marquez for some races should HRC make an offer.