Yamaha’s Quartararo had a long lap penalty to serve for a collision with Espargaro at Assen that would ultimately prove hugely costly to his race, as the latter took part carrying injury on his feet after a violent 115mph crash in FP4 on Saturday.

After an early crash for initial race leader Johann Zarco, Bagnaia overhauled Suzuki’s Alex Rins to lead on lap 12 and fended off a late charge from Aprilia’s Maverick Vinales to take his fourth win of the year.

Poleman Zarco grabbed the holeshot off the line as Fabio Quartararo slotted into second after almost coming to blows with Maverick Vinales at the start on the run to Turn 1.

Quartararo made one attempt at passing Zarco for the lead into the Loop on lap two of 20, but found no way through.

At one stage briefly opening up a gap of four tenths to the chasing factory Ducati of Jack Miller, that gap was quickly eroded and Quartararo had to serve his long penalty for his collision with Aleix Espargaro at Assen without a clean gap to drop into.

Taking to the penalty loop situated on the outside of the Loop on the fourth tour and dropped from second to fifth as Bagnaia and Suzuki’s Alex Rins were released ahead of him. 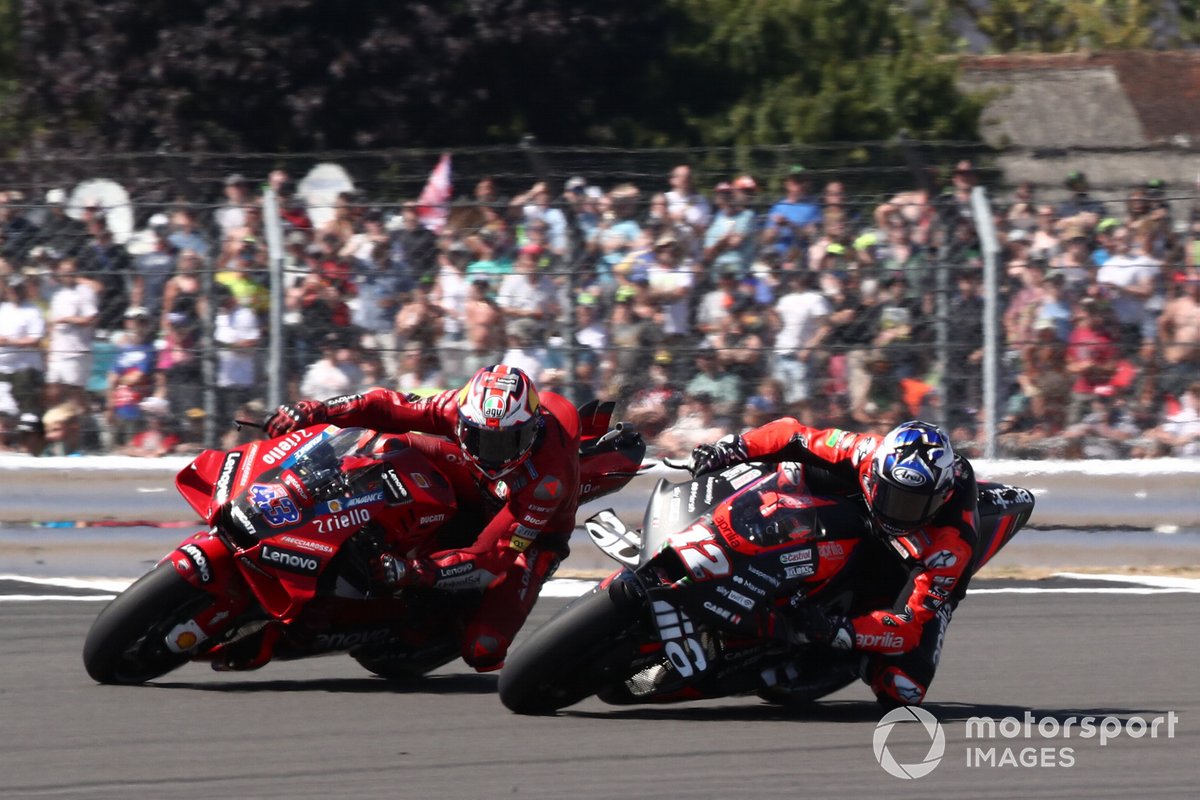 Zarco – who made a late switch from the soft front tyre to a medium – crashed under braking for Vale corner on the fifth lap, which promoted Miller briefly into the lead.

But he came under fire from Rins on the Suzuki, the Spaniard – who started 11th – making an attempt on the lead at the Loop on the same tour.

He was repelled by the Ducati of Miller, but Rins came through into Vale on the following tour, with the Suzuki rider immediately opening up a gap of around four tenths.

Rins swelled that lead to eight tenths come the end of lap seven as Bagnaia moved up to second ahead of Miller.

Bagnaia started to reduce 2019 Silverstone race winner Rins’ lead over the ensuing laps and made a move stick on the run into Stowe corner on lap 12.

Rins quickly faded down the order to seventh as a surging Vinales, who dropped to sixth on the opening lap having started second, picked his way through to the podium places by lap 17.

Vinales ate into Bagnaia’s lead and was within striking distance come the penultimate lap. 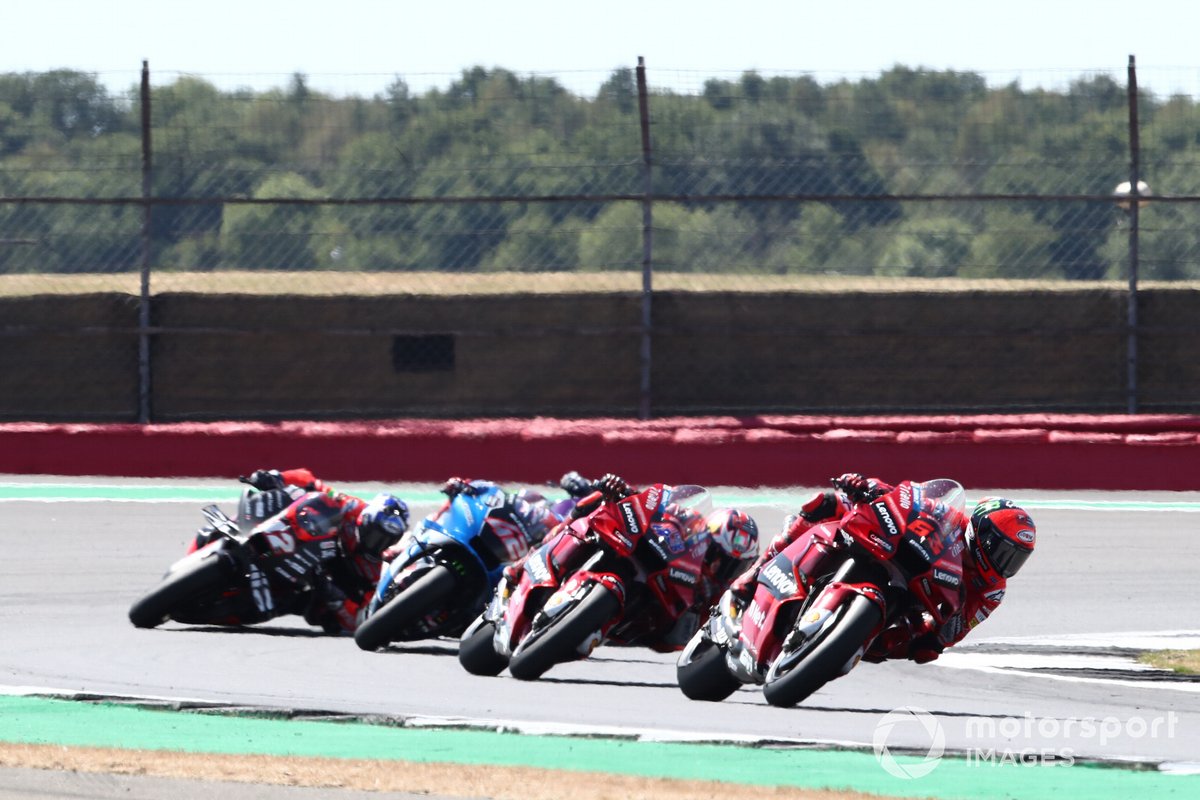 The Aprilia rider lunged up the inside of Bagnaia into Village corner, but ran wide and allowed the Ducati to come back through.

Vinales got back onto Bagnaia’s tail onto the Wellington Straight, but a costly mistake at Turn 1 at the start of the last lap when he ran wide offered the latter a reprieve.

A second mistake at Stowe for Vinales killed his victory hopes, with Bagnaia free to get to the chequered flag 0.426s clear of Vinales – who celebrates his second podium as an Aprilia rider.

This moves Bagnaia to 49 points behind Quartararo in the standings.

Miller completed the podium as Gresini’s Enea Bastianini charged through to snatch fourth from Pramac’s Jorge Martin – with whom he is battling to take a factory Ducati team seat next year – on the last lap.

Miguel Oliveira completed the top six on his KTM for his first top six since Portugal, as Rins ended up seventh.

Behind him came championship leader Quartararo, who was hindered by the Yamaha’s struggles to overtake following his long lap penalty on lap four.

Quartararo re-joined in fifth, but on lap seven was demoted to fifth by Martin and down to sixth by Vinales on lap nine.

He continued to fade and only narrowly beat chief title rival Espargaro to eighth by 0.139s to open his championship lead out by just one further point to 22.

Joan Mir on the sister Suzuki was running in that lead group in eighth place when he crashed at Stowe on lap 15, while Zarco pulled out on lap nine having re-joined from his earlier crash.