Ducati MotoGP rider Jorge Lorenzo was critical of the stop-start pack qualifying at Aragon, comparing it to the Tour de France cycle race

Most riders in the 12-bike pole position shootout session spent the closing minutes coasting on track and looking for a rival to follow, before the field finally began to push for a lap time in formation as the chequered flag flew.

Pack-style qualifying is a frequent occurrence in Moto3 and riders are routinely penalised for going too slowly in an attempt to find a tow.

Asked if he would have liked to see the same penalties applied in the premier class, Lorenzo said: "In my opinion they need to penalise the riders who wait a lot on-track.

"Because in MotoGP, we have big bikes, and theoretically the best ones are in MotoGP, the ones with more experience, the older ones.

"And in my opinion, they don't need to wait to have a tow to improve the lap times.

"But today we saw qualifying like a Moto3 race or Tour de France, and in my opinion it shouldn't be like this in MotoGP.

LCR Honda rider Cal Crutchlow reckoned the session turned out the way it did because riders were looking to latch onto Marc Marquez or Andrea Dovizioso, who at the same time were trying to avoid each other.

"If you want to name some riders, Dovi doesn't want Marc to follow him, and Marc doesn't want Dovi following him," he said.

"The other guys - [Alex] Rins, Petrucci - they can't do the lap time alone, so they have to follow someone.

"I like to do my lap time alone. If you do your lap time with someone in front of you, you're looking at them, not at what you're doing."

But Crutchlow stressed that the situation was not "dangerous", while Marquez and Dovizioso agreed it did not warrant penalties. 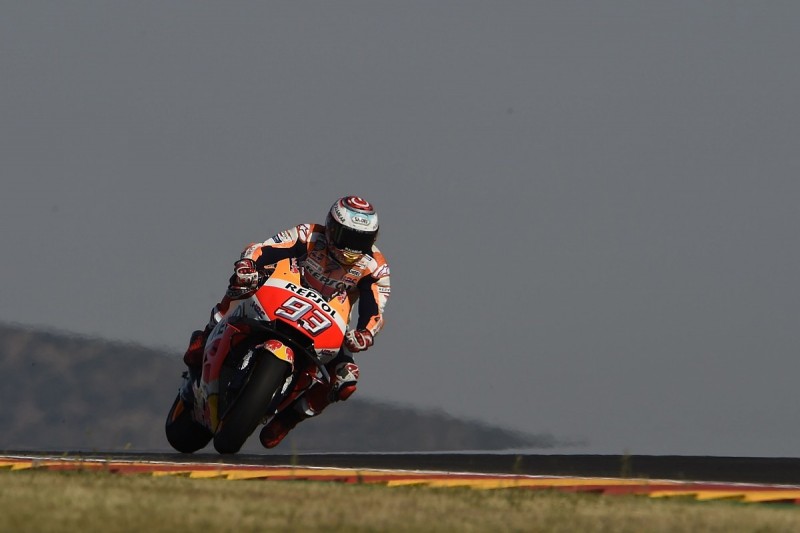 Marquez argued that "racing is like this", while Dovizioso said: "It is difficult. What happened today is on the limit, but not [enough] to penalise somebody."

Riders also coasted late on in Q1 looking for tows, and Maverick Vinales and Franco Morbidelli ended up being sanctioned for impeding Bradley Smith under braking after the back straight.

"It looked like the majority of guys in Q2 were pulling right over to the left-hand side all the way down the straight. I didn't see a lot of guys waiting in the braking area.

"It's frustrating when guys pull over but it's part of the game."