Since the ban on winglets at the end of the 2016 season, MotoGP manufacturers have experimented with more intricate bodywork in a bid to replicate the downforce-increasing effects of the outlawed devices.

Currently, teams are restricted to two different fairing designs per season: a 'standard' version that has to be homologated prior to the start of the season, and an 'evolution' that can introduced at any stage thereafter. Riders are then free to interchange between the two designs.

Some manufacturers - notably Ducati - have incorporated designs with multiple sections, which can be added and removed to suit different tracks' aerodynamic requirements. 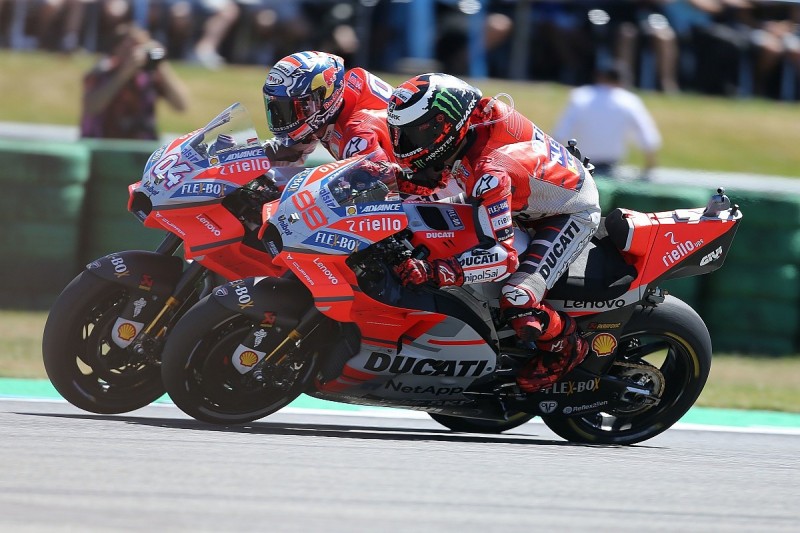 This practice will be outlawed in 2019, according to a statement released by MotoGP after a meeting of the Grand Prix Commission last weekend at Assen.

It read: "Aero-body design guidelines have been released by the technical director and new aero-body dimension limits and limitations on the combination of different aero-body parts have been introduced.

"As a result, the present designs will still be allowed, but it won't be possible to remove/swap significant aerodynamic parts."

Another area where stricter limits will be imposed for 2019 is electronics, specifically with the introduction of a "unified inertial platform".

This follows MotoGP's adoption of a control ECU [Electronics Control Unit] for the 2016 season and is designed to clamp down on the practice of teams using the inertial platform - which informs the standard ECU of data such as lean angles - to feed the ECU different data about what the bike is doing and gaining a potential advantage.