Marquez sat at the top of the time sheets for almost all of the 45-minute session at the Circuit of the Americas, a track where the Spaniard is unbeaten.

The Honda rider was more than a second clear of the field in the early stages, with the track surface dirty during the initial running, but Marquez's rivals were able to close in on their final efforts.

The track has undergone a diamond-grinding process in recent weeks, in an effort to eliminate its notorious bumps, but this has left a lot of dusty residue on the surface.

Maverick Vinales was the first rider to get within half a second of Marquez, but it was his Yamaha team-mate Rossi who beat him to second spot, 0.396s off the pace.

Vinales finished the session 0.727s down in third.

Ducati's Jorge Lorenzo was the final rider to get within a second of Marquez in fourth place, ahead of LCR Honda's current points leader Cal Crutchlow, and the second works Desmosedici of Andrea Dovizioso. 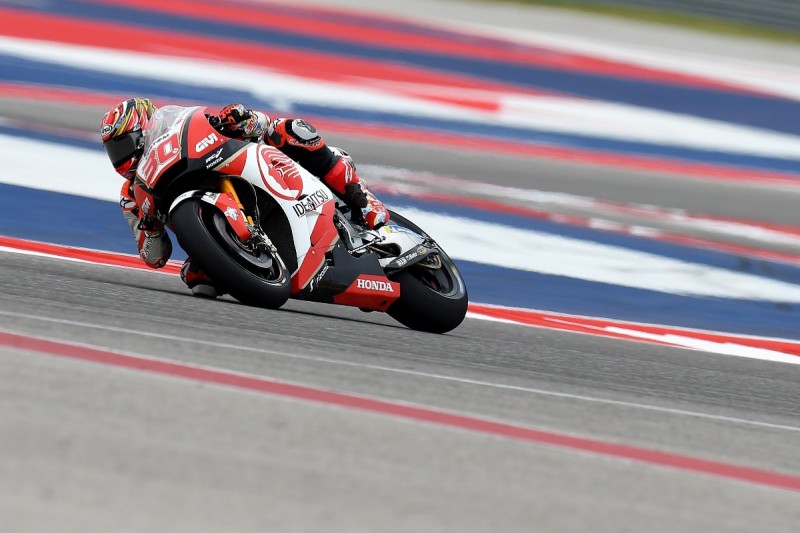 Rookie Takaaki Nakagami (LCR) was a surprising seventh, ahead of lead Suzuki rider Andrea Iannone and Johann Zarco (Tech3 Yamaha), who lost time early on when he stopped out on track in the opening minutes and then had a lap deleted for exceeding track limits.

Alex Rins (Suzuki) completed the top 10 ahead of Aprilia duo Aleix Espargaro and Scott Redding, who ran second in the early stages.

After being declared to fit to ride at COTA on Thursday, Dani Pedrosa struggled to 21st place, 3.581s off the pace of his team-mate Marquez.