MotoGP world champion Joan Mir laments his decision to race the medium rear tyre in Sunday’s Catalan Grand Prix and is “pissed off” as he feels it cost him victory.

The top four riders at the chequered flag in last Sunday-s 24-lap Barcelona race all elected to run the hard rear tyre, while Mir went for the medium option.

Coming from 10th on the grid, Mir leaped up to fourth on the opening lap and conserved his tyres for much of the first half of the race as he kept himself in the podium mix.

While all four riders ahead of him at the chequered flag were able to lap in the high 1m40s bracket late into the race, Mir’s pace dropped into the 1m41s from lap 16 and he fell out of the podium battle.

He believes he “did the steps you have to do when you win” and is angry at his own tyre choice.

"What happened with the tyres is that I saved as much as I could by being very conservative, riding very soft, I was able to do what I had to do in the first few laps, but then the tyre performance dropped dramatically,” Mir, who was promoted to fourth after the race following a penalty for Fabio Quartararo, said. 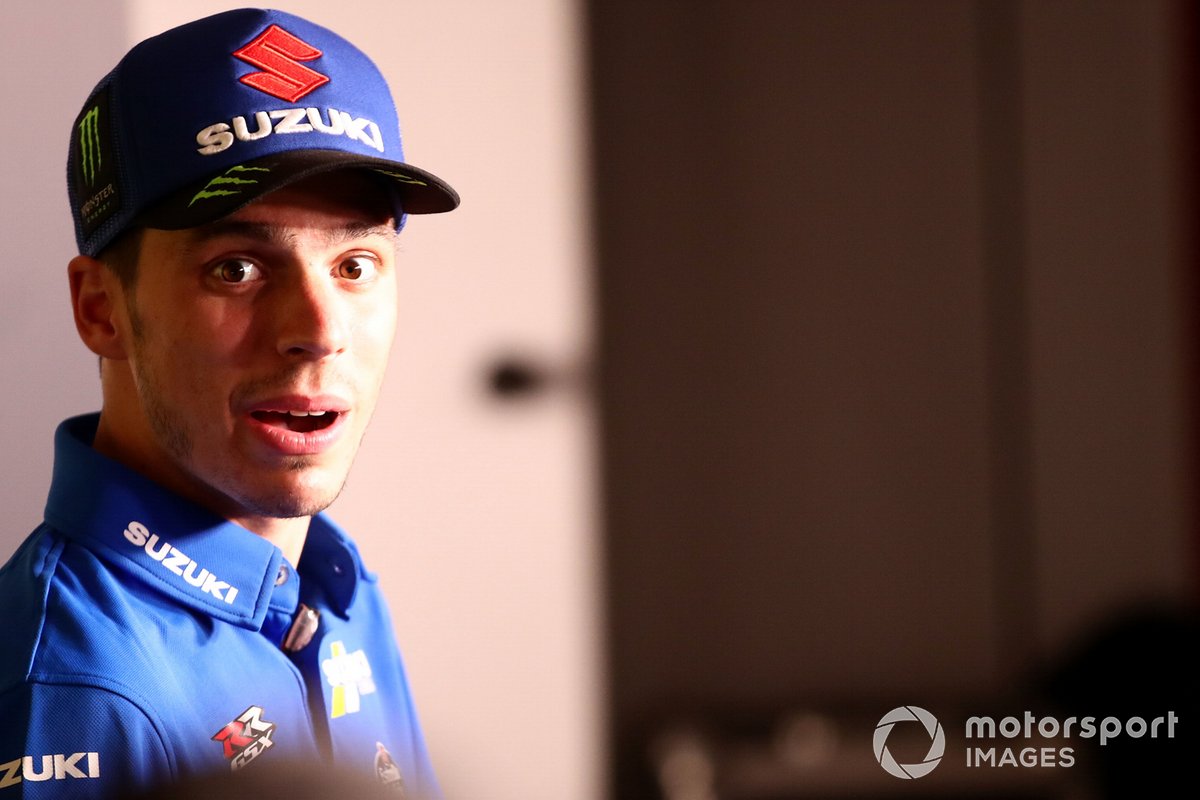 “The first four riders were on hard tyres, the first one with the medium option was me.

“I'm angry about that, because we could have taken the other option.”

When prompted that his form looked had race-winning potential, he added: “Yes, that's why I'm really pissed off, we need to be closer in the first laps and today it worked out great.

“I started 10th on the left, which was very complicated, but I did what I had to do, to be fine and overtaking, and I put myself [in a position] to save rubber.

“I did the steps you have to do when you win, and to see it slip away from me because of a strategy mistake makes me upset.

“You learn from this, sometimes it happens, and today the strategy was not on our side.”

While Mir takes responsibility for selecting the medium tyre, he says the fact he was the only Suzuki present at Barcelona - after team-mate Alex Rins broke his right arm in a training accident last Thursday – meant he had little data to work with to better inform his decision.

“I authorised to go out with the medium compound,” he said.

“But the reality is this one: I'm the only Suzuki on track and I have to try everything myself, I didn't have time to try both tyres, we didn't have any information and it was a bit difficult for us to make the decision for the strategy.”