Vinales was fastest of all in the relatively cool conditions of the third practice session on Saturday morning, topping a race weekend session for the first time since last September's Aragon race.

However, the works Yamaha squad's familiar rear traction struggles re-emerged in the second phase of qualifying, as track temperatures doubled from 22 degrees to 44 degrees between FP3 and Q2.

Vinales said the heat meant he went from having a bike good enough for pole to one that was "impossible" to contend with, as he ended up eighth and six-tenths slower than polesitter Johann Zarco on the two-year-old privateer Tech3 Yamaha.

"[Using a] new tyre I was in the mid-31s, so I was pretty happy and confident that in qualifying I could do a low-31s.

"If my bike was like it was in the morning [in FP3], I could have fought for pole. But in the afternoon it was impossible to fight for pole.

Vinales also described his session-topping FP3 performance as being like "candy".

"I feel fast again, and that's good," he said. "I know the level I have, I know when the bike [is good] I am there. For that I am happy, I still have confidence in myself." 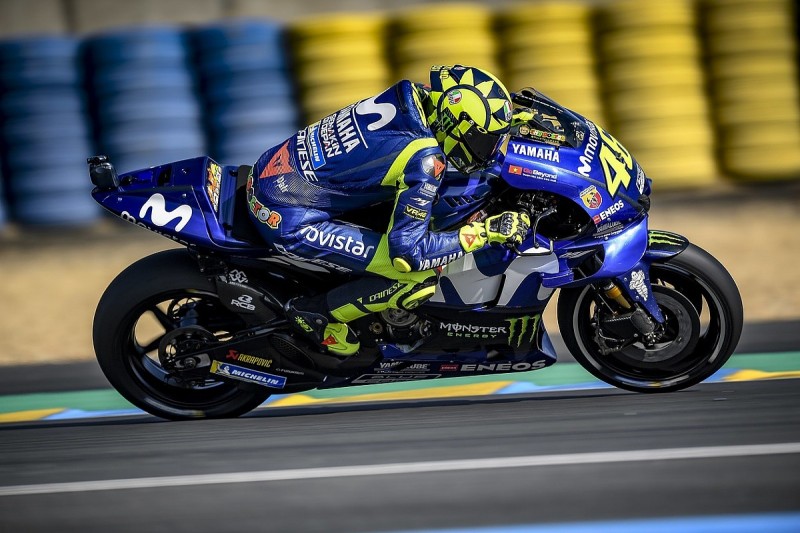 Works team-mate Valentino Rossi was ninth in qualifying but said mistakes on his hot lap did not make a dramatic difference to his grid position.

"I expected a little bit more from qualifying, because yesterday and this morning I was quite strong," he said.

"But in the [qualifying] lap with the softer tyre I didn't ride the maximum, I made some small mistakes - so I can do better.

"The problem is that the others are faster."