Honda’s Marc Marquez says the seven laps he rode in Sunday’s MotoGP Catalan Grand Prix before crashing were “the best seven laps of the year” as “I was Marc” again.

The six-time MotoGP world champion was one of the only riders to opt for the soft rear tyre for Sunday’s Barcelona race, as he felt “today it’s time to take a risk” as he saw “no meaning” to just “burn fuel”.

Marquez ran in the podium battle in those early laps having started 13th, but crashed out for the third race in a row when he slid off at Turn 10 on the eighth tour.

The Honda rider says he was forced into the mistake when the front-running pace was upped and he knew he had to match it to stay in the game to the end.

Disappointed to crash out, Marquez insists he’s rather do “a good seven laps” and crash than simply wobble around as he continues to get back up to speed following his injury-forced absence in 2020.

“Yeah, today I enjoyed it, I was pushing,” Marquez said when asked by Autosport to explain his crash.

“I was Marc. And for me it was the best seven laps of the year.

“So, I was riding like I wanted and I was on the grid and I said ‘ok, today it’s time to take a risk’. 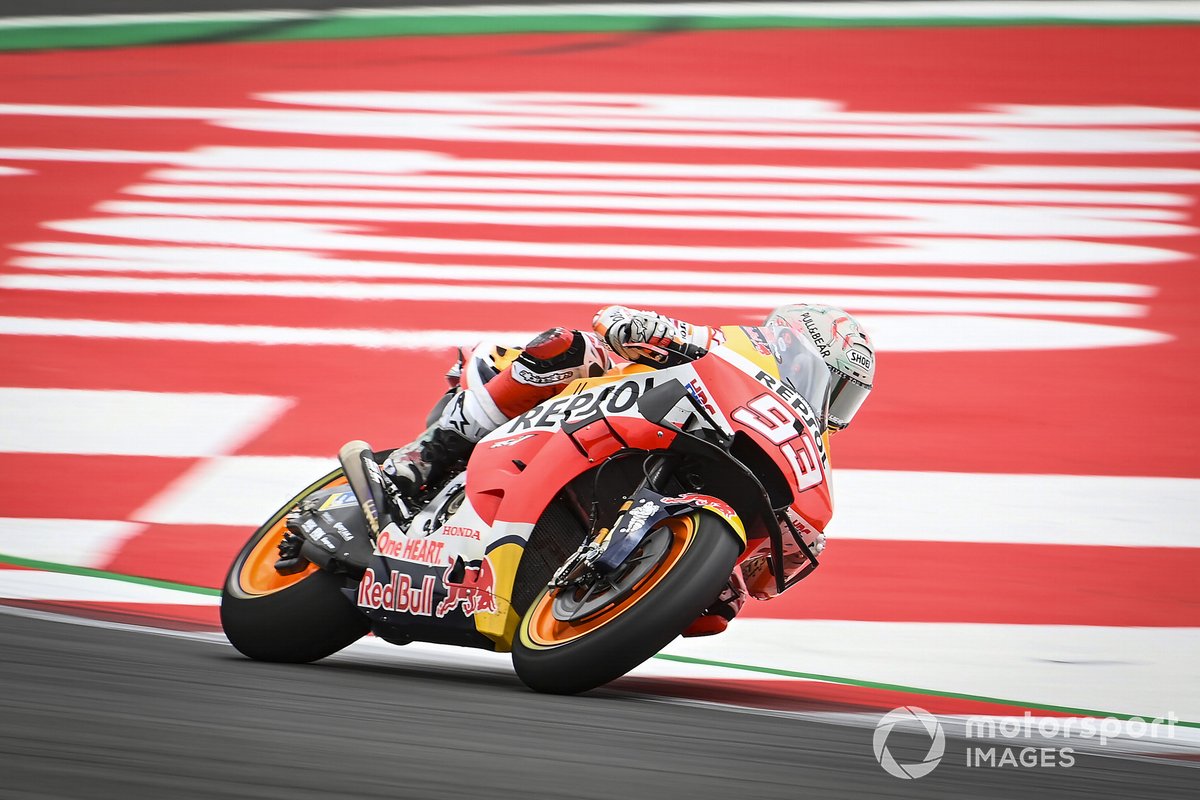 “I believed that today was the day to take a risk because for me to just burn fuel and burn tyres riding for P12, P14 has no meaning.

“So, it’s just what I did. I pushed in the beginning, as you saw. I did overtakes, I enjoyed it, and then as soon as everybody was on his pace we were not on the correct place.

“But I know that it was three, four laps critical there, which is when the others were riding in 1m40s low, which was not my pace.

“I said ‘ok, if I keep these three laps, I will be able to keep with them all the race’.

He added: “Then I tried to recover on the brakes [at Turn 10]. I didn’t make a massive brake point, because [Maverick] Vinales was behind me and he braked even later than me, but he was able to stop and I was not able to stop.

“I prefer to do a good seven laps than just finish the race and stay on the bike.”