Marquez ruled out of Indonesia MotoGP race after massive crash

Honda’s Marc Marquez has been ruled out of Sunday’s MotoGP Indonesian Grand Prix after suffering a concussion in a violent crash in morning warm-up.

The six-time MotoGP world champion landed heavily on his right side and took a whack to his head, with the Spaniard visibly dazed as he staggered to his feet in the gravel trap next to his demolished RC213V.

Marquez was then taken to a local hospital via helicopter for precautionary checks and his participation was put in doubt.

Ahead of Sunday’s first MotoGP race since 1997 in Indonesia, MotoGP Race Direction announced that Marquez has been declared unfit due to a concussion.

He was due to start 14th having qualified 15th following two crashes in a dramatic Q1 session on Saturday, with a grid penalty for Yamaha’s Franco Morbidelli promoting him one spot.

For the 2022 season, MotoGP has tightened up its rules regarding passing riders fit to continue riding when concussion is involved.

Honda team boss Alberto Puig told Spanish television: "He had a trauma and is dazed, he's fine but sending him to run was not the smartest thing to do, with this type of injury the best thing is to be calm.

"Together with the team, the doctors and the rider, we have decided that he should not run."

Marquez has endured a tough Indonesian GP weekend, as a change in rear tyre carcass by Michelin back to a design used last used in 2018 to combat the extreme heat at the Mandalika track has hampered Honda significantly. 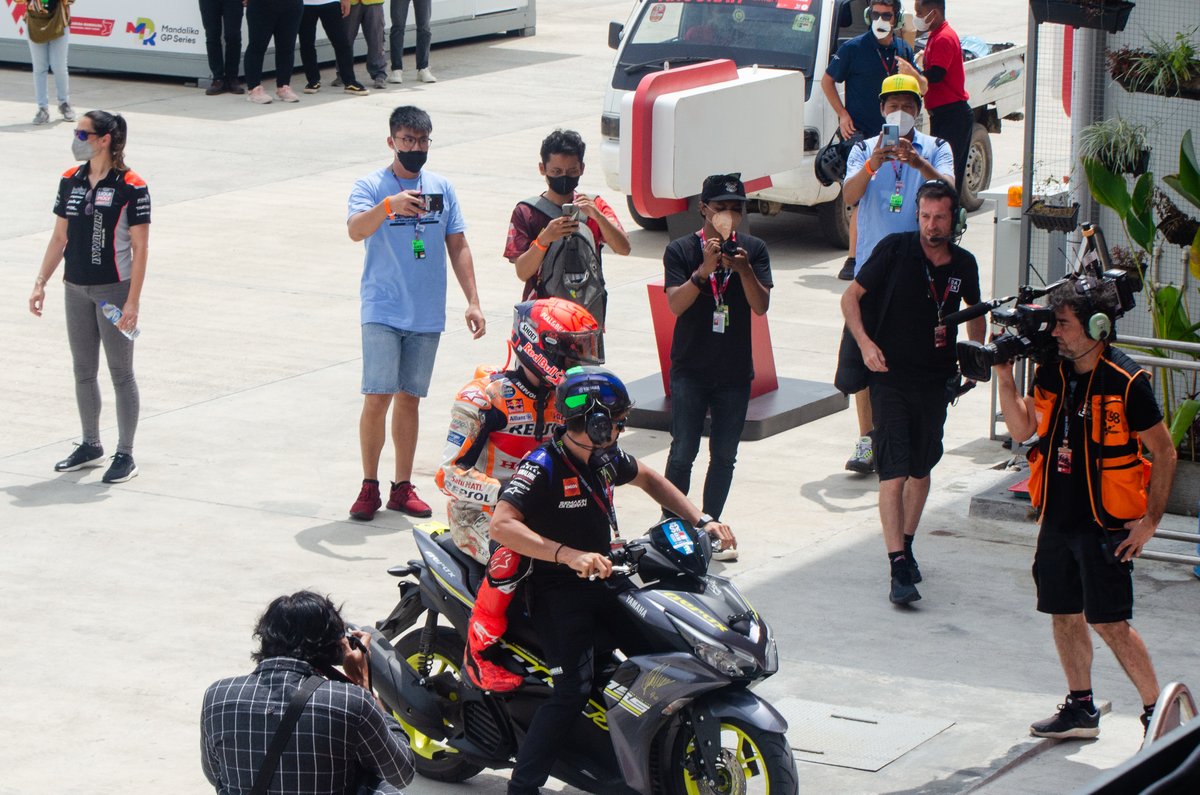 The new casing has caused Honda riders to struggle massively with rear grip, with Marquez suffering a number of big slides ahead of his massive accident.

Michelin was prompted into making the tyre casing switch after the pre-season test at Mandalika revealed numerous issues with its rubber in the hot temperatures.

On Saturday, Marquez’s Honda team-mate Pol Espargaro – who was fastest at the Mandalika test in February – says the change in tyre casing was “unfair” on HRC as he felt it was negatively affecting the team who had built the best bike around the 2022 tyres.

Espargaro – who will start 16th - went as far as to raise concerns about evening being able to get to the finish of the race as the lack of rear grip was forcing Honda riders to push the front end too much.

Ahead of the Moto2 race on Sunday, MotoGP announced that the Indonesian GP would be shortened from 27 to 20 laps over safety concerns about the Mandalika track surface in the extreme heat.

It is unclear if Marquez’s violent accident had any hand in influencing this decision, which also impacted the Moto2 race.

Marquez last sat out a grand prix in November, when vision problems from a concussion suffered in a training accident ruled him out of the Algarve and Valencia GPs.

Indonesia MotoGP race to be shortened over safety fears