Marquez suffered 27 crashes in 2017, more than any other rider in MotoGP except Aprilia rookie Sam Lowes.

The Honda rider came close to falling during the season finale in Valencia while fighting for the race win, despite only needing to finish 11th to secure the title.

Schwantz, the 500cc world champion in 1993, praised Marquez's abilities but warned the Spaniard could get seriously injured unless he moderates his approach.

"You have to find a way to ride hard and at the same time lower the risk, because one day you might hurt yourself," said Schwantz.

"Maybe you just break your collarbone or something simple, but that will slow you down.

"He's on the limit every lap. If you give your 100%, you make mistakes, but it's also the way to discover what the bike is capable of doing.

"You can't do that at 95 or 96%. He's been lucky because he suffered some major accidents this year without hurting himself.

"He's discovered how to get the most out of the Honda and has adapted his riding style to the bike. It's a pleasure to see him [ride] because he does incredible things every lap.

"I spoke with Livio Suppo [former Honda MotoGP boss] and he said 'it's hard to believe what he does'. Looking at him you immediately realise how incredible he is." 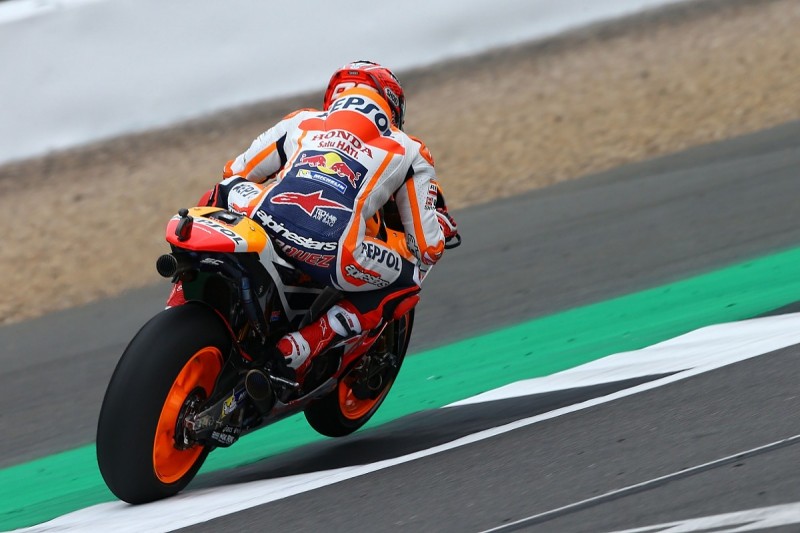 Marquez said one of his main aims for 2018 was to crash less after an incident-filled 2017 campaign.

"I am always self-critical and the goal with a view to next year is to maintain speed but with less falls," said Marquez, "and do not make the same mistakes in the races, like [crashes in] Argentina and Austin. I have to sit down this winter to think.

"I was pushing every practice, always all in from FP1. I was going out and was convinced that I was able to be fast.

"Of course it's something that we can change for the future and try to be realistic on the way."

The MotoGP rule that could solve F1's engine crisis