Marquez had a sluggish getaway from pole and Fabio Quartararo was in front of him as they entered the first corner, but the Honda rider out-braked Quartararo on the outside line to lead.

Quartararo lost several places in the first couple of corners and was running in sixth when he crashed out at the Castrol Omega bend next time around while trying to pass Ducati rider Danilo Petrucci.

That meant Marquez found himself under severe pressure by Maverick Vinales during the opening laps, but the Yamaha rider soon dropped off and was overtaken by Rins.

Marquez was able to extend his lead to around three seconds with Rins failing to keep up the pace before he crashed at the Turn 11 kink and retired for the second race in a row.

The MotoGP title favourite's lead then became five seconds and he cruised to the finish to score his fifth win of the season by 4.5s to end the first half of the season with a 58-point advantage.

Vinales was closely followed by Cal Crutchlow for the majority of the race but the LCR Honda rider could not find a way past, and Vinales held onto second place.

But Crutchlow still scored his first podium since the Qatar season opener, despite nursing a fractured right knee. 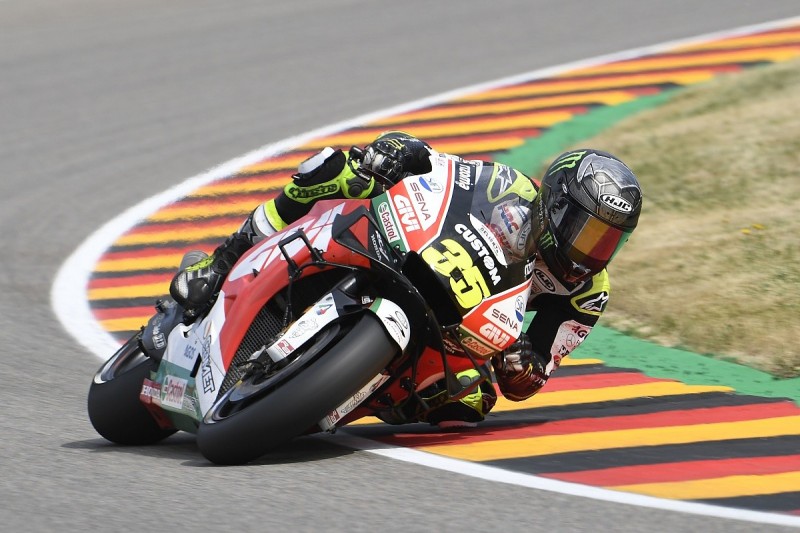 Fourth place was hotly contested among the three Ducatis of Andrea Dovizioso, Petrucci and Jack Miller.

Petrucci was in front for most of the race, but Dovizioso passed him with three laps to go and forced his team-mate wide, allowing Miller through as well.

But Petrucci then re-passed Miller and Dovizioso to finish fourth.

Miller finished sixth, with Joan Mir taking seventh after the Suzuki rider kicked off a late-race charge but proved unable to make his way past the Ducatis.

Valentino Rossi made limited progress from 11th on the grid and settled for eighth ahead of fellow Yamaha rider Franco Morbidelli.

Aleix Espargaro threw away a top 10 result with a late crash at the first corner allowing Stefan Bradl, Jorge Lorenzo's replacement, to finish 10th in his home race.

KTM's Johann Zarco and Miguel Oliveira both fell at Turn 3 early on.