Marquez won his third title on a RC213V that struggled with acceleration compared to the factory Yamaha, Ducati and even Suzukis, a deficit the result of combining an aggressive engine and the new-for-2016 control electronics.

While Honda made some progress during the year, hope has been pinned on a heavily revised engine for 2017, which Marquez and Dani Pedrosa tried for the first time at Misano in September.

The factory riders focused on the new package during the post-Valencia Grand Prix test, in which Marquez was fourth-fastest on the opening day and second on day two, but skipped the subsequent Jerez running.

Having classed the development as "a small improvement" and as making riding "a little bit easier", Marquez wants more from Honda by the next time the first pre-season test starts at Sepang on January 30.

"But then it's a completely different engine, and the electronics, the base that we have is for the current bike.

"This new engine, when the tyres drop, still we need to adjust many, many things. Our weak point of acceleration still is there.

"I'm happy about the job we did, but we must work much more, Honda needs to work much more this winter to give me something more for Malaysia." 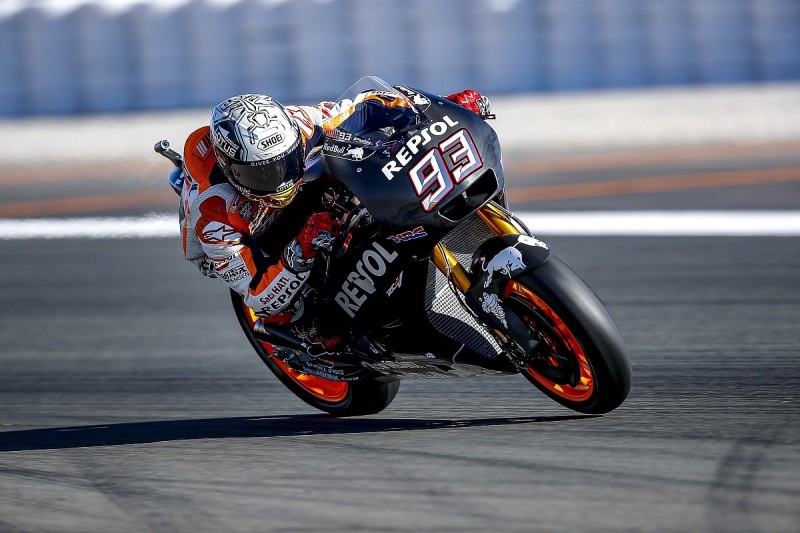 Honda's focus at the test was the new engine, rather than trying a new chassis, but Marquez did sample some different "geometry concepts" over the two days.

"We need to work, because when I did the long runs it was a completely different bike to what I used in the race," he said.

"Even like this I was fast, but I was struggling in some points."

Marquez added he also tried to alter his riding style to suit the new engine, but believes more gains will come from the bike.

"I tried a big change on the bike, [and] tried to adapt my riding style to completely another balance of the bike and I was able to do it," he said.

"In the end, [Dani and I] can and we must do this, but also we need something more if we want to go forward."