Yamaha offered Rossi a new factory team contract at the beginning of 2020, but moved to sign Quartararo when the Italian insisted on evaluating his performances in the opening rounds of the campaign before deciding to continue his career.

At the time, Ducati was thought to be extremely keen on securing both Quartararo and Maverick Vinales' services beyond 2020.

Rossi will remain a factory-backed rider in 2021, but returns to a satellite team for the first time since his first premier class title-winning season in 2001 with the works-supported Nastro Azzurro Honda squad.

Speaking to Sky Italy, former team-mate Lorenzo admits he was "surprised" about Yamaha's decision to oust Rossi from its factory set-up, but doesn't believe the Italian's situation will change much.

"I was surprised by Yamaha's decision to put Rossi in a satellite team like Petronas [SRT], I would never have imagined it," Lorenzo, who retired from MotoGP at the end of 2019, said.

"But at the same time I think that for him it doesn't change that much, he will do it well. 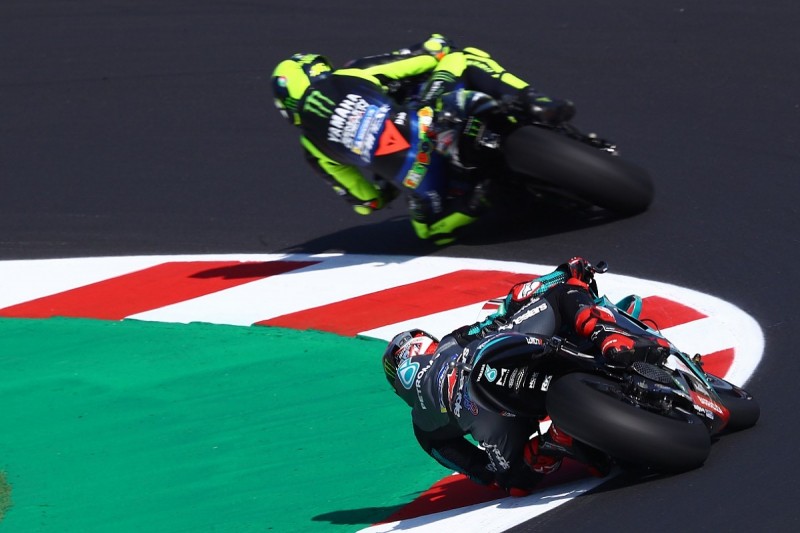 "We have seen the great results achieved by Quartararo and [Franco] Morbidelli, the bike is competitive and Yamaha in the end must do like everyone else: look to the future.

"When I started with them in 2008, they had to find a plan B in case Valentino left and they chose a young rider like me.

"The future comes for the youngest, choosing Quartararo is something logical."

Lorenzo penned a deal with Yamaha in 2006 before he'd won the first of his two 250cc crowns - a move instigated by Alpine Formula 1's new racing director and then-Yamaha team manager Davide Brivio.

Lorenzo's 2021 plans are unclear at the moment after losing his Yamaha test rider role to Cal Crutchlow.

The Spaniard did hold discussions with Aprilia to be its test rider in 2021, but that trail has gone quiet since the winter.

However, Lorenzo hasn't ruled out the possibility of becoming a rider manager: "I have many ideas for my future, less stressful than racing in MotoGP, but still exciting," he added.

"One possible way, for example, would be to be a television commentator and I don't rule out the option of using my experience with a young rider by becoming his manager."