Pramac Ducati MotoGP rider Jorge Martin’s surgery on fractures suffered in a violent crash during the Portuguese Grand Prix has been postponed and a Jerez return is now in doubt.

The rookie crashed at Turn 7 in the latter stages of Saturday’s FP3 session at the Algarve track, the Spaniard needing to be stretchered off track and taken to hospital for checks.

Martin was found to have suffered fractures to his right hand and ankle and was ruled out of the rest of the Portimao weekend.

He flew to Barcelona on Sunday afternoon where he was due to have surgery on Monday at the Quiron Clinic with Doctor Xavier Mir and his team.

However, due to the severe blow to his head his operation has been postponed likely to Wednesday upon advice from his doctors. 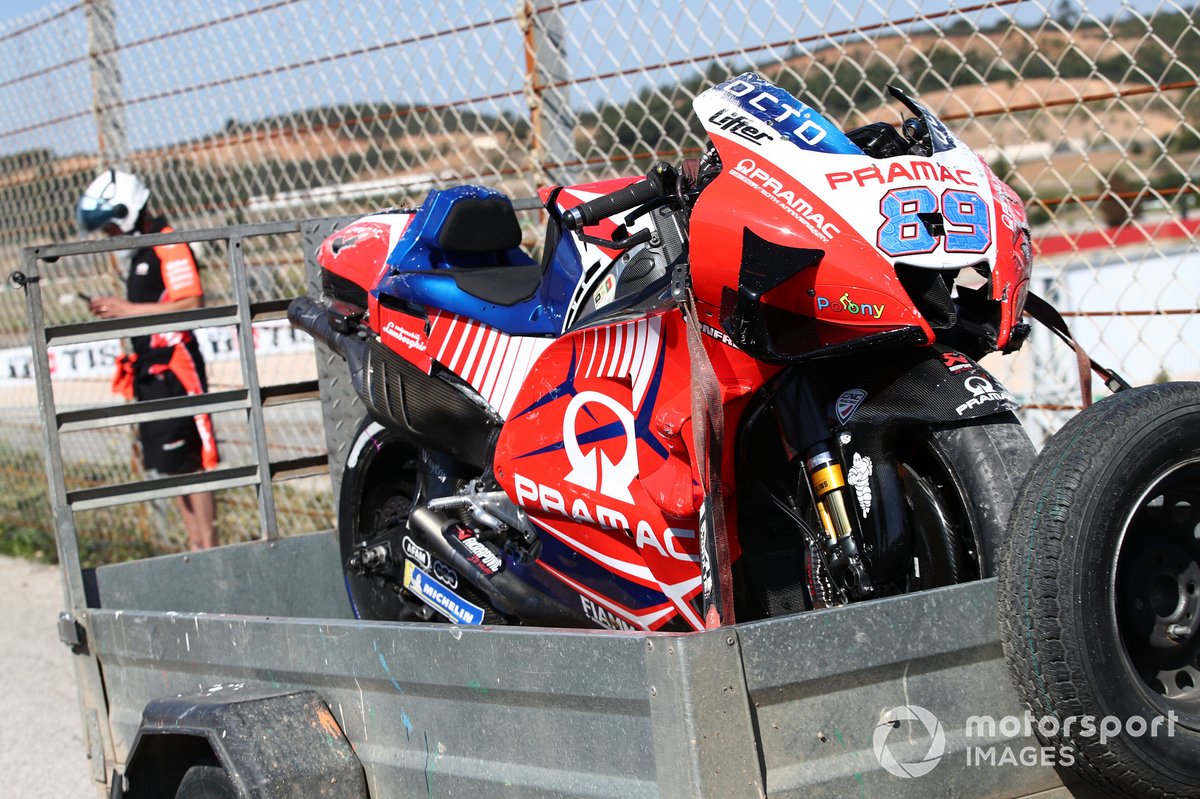 A representative of Martin’s told Autosport’s sister Spanish language site Motorsport.com that the Pramac rider is unlikely to return to action next weekend at the Spanish GP.

"The most important thing now is that Jorge recovers,” the representative said.

“First they have to operate on him and see how the postoperative period goes, but we are in no hurry, if he has to wait until Le Mans, we will wait.

“We are not going to speed up the operation because we are at Jerez, he must recover first.

“I think it's very difficult, right now, for him to be at the Spanish Grand Prix, I almost rule it out.

“Although in these things nothing is ever one hundred percent sure.”

Martin’s injury comes just a fortnight after he scored a maiden pole position in just his second MotoGP race in Qatar, and went on to finish the Doha GP third having led for the first 17 laps.

The Portugal round proved to be a bruising weekend for a number of riders as well as Martin, most notably LCR’s Takaaki Nakagami.

The Japanese rider had a fast 250km/h crash at Turn 1 in FP1, which left him with a damaged collarbone.

Despite this, he managed to come through from the back of the grid to finish 10th.