The new bodywork was given an initial rollout by Pramac rider Danilo Petrucci at Misano during the summer break.

Ducati decided against using it in the wet first Brno practice session in case of crash damage, but fitted it to Lorenzo's bike in the closing stages of a dry practice two.

Though Lorenzo acknowledged he did "not so many kilometres or laps", he said his initial feeling was that "we have better potential with this new fairing, at least for me".

He suggested it made the bike more physically demanding to ride and that set-up adaptation would be required, but that it was a step forward overall.

"I would like to do more kilometres to understand which setting will be the good one because we did not change the set-up," Lorenzo added.

"For sure with this new fairing [we have] to try to gain especially more rear grip, because we have more front grip.

"For tomorrow our main goal is to do more kilometres so I can understand which is the setting for this fairing, and which is the best riding style to have it performing better.

"The feeling is more or less what I expected even if I feel much more the shoulders and hands. 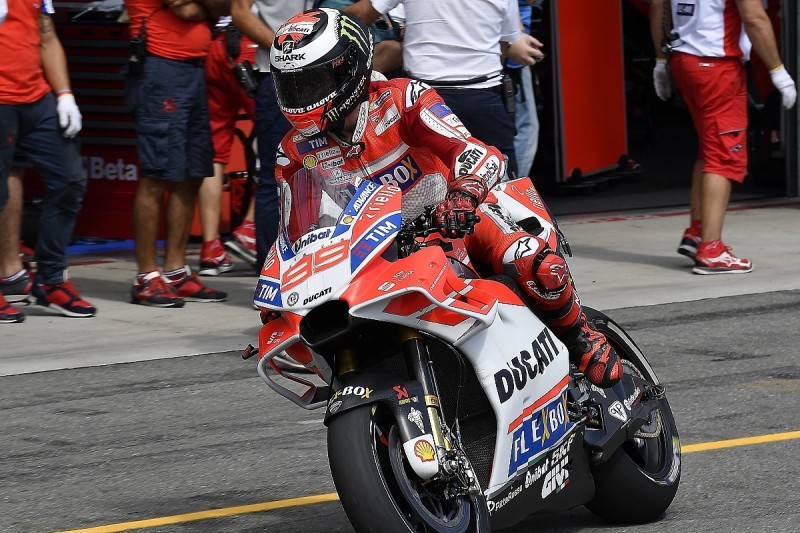 Andrea Dovizioso did not try the new fairing in Brno practice, and said he was unsure if he would get the chance to use it over the remainder of the weekend.

Honda's Marc Marquez was another rider with new bodywork to sample on Friday, as his team brought both its works riders variants of a new fairing to try in practice.

The reigning champion explained he had already used the new design during a summer test at Brno, but confirmed it was performing as expected.

"The new fairing was one of the new items we tried in the summer test, and it was working a little bit better. I like it," said Marquez.

"We improved a little bit the wheelie, which was one of our problems, and looks like step by step we improve.

"It's a small improvement, I think we can take some benefit."