Honda tried an aerodynamic fairing during a MotoGP race weekend for the first time this year in Friday practice at Assen, with Cal Crutchlow's satellite LCR bike

Crutchlow used the new bodywork, designed to recover the downforce lost from the outlawing of winglets at the end of last season, in both Friday sessions in the Netherlands.

Yamaha, Suzuki, Aprilia and KTM have all raced with winglet-replacement fairings at various stages of the season so far, with only Honda and Ducati yet to do so of MotoGP's six manufacturers.

Honda did experiment with such a fairing in Qatar pre-season testing, with factory rider Marc Marquez notably crashing twice while using the plain-coloured appendages.

Crutchlow has since conducted further evaluations of the design in testing at Le Mans and Barcelona, but Assen marked the first time it was seen during a race weekend.

"I already tried it in Qatar [testing]," explained Crutchlow, who earlier this week was announced as a factory-contracted Honda rider for the next two years.

"I also tried it at the Le Mans test, the Barcelona test, and again now, just re-evaluating it at a different circuit.

"In Barcelona I found some positives to it. There are positives and negatives, but at the moment it seems a little difficult to understand.

"Overall I'm pleased with what we did with it today, but I don't know if we'll continue with it or not this weekend." 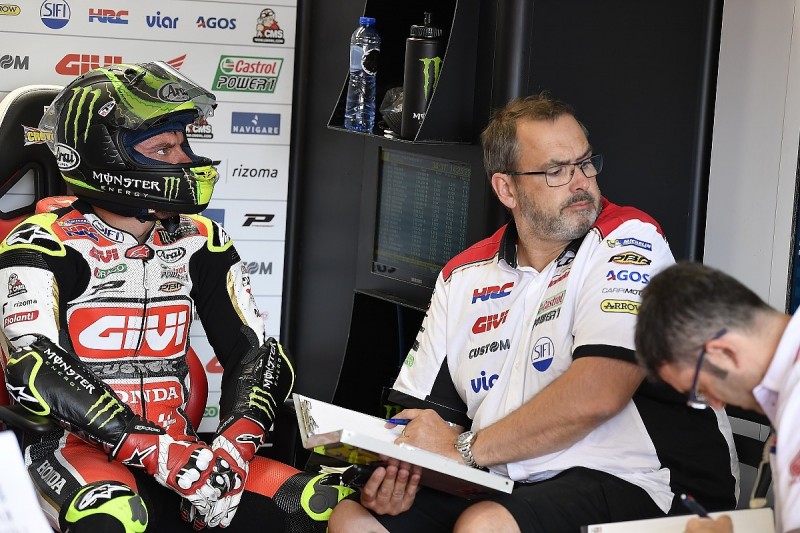 But Crutchlow added that the works Honda riders would already be testing the new fairing if its impact was overwhelmingly positive.

"If it was completely better, you would see Marc and Dani [Pedrosa] using it," said Crutchlow. "That's logical sense.

"But I'm also trying to work to improve it, seeing what works with the package.

"It works at some circuits, but doesn't at others, exactly the same as the wings last year.

"We'll see if we progress with it, but I don't think we're doing a bad job without them."