Honda has announced it will part company with Casey Stoner, who won the 2011 MotoGP title with the manufacturer, at the end of the year

Since retiring from MotoGP at the end of 2012, the two-time world champion has retained a link with Honda as a test rider, and raced in the Suzuka 8 Hours earlier this year.

Ducati confirmed earlier this month it had approached Stoner about a similar deal for 2016, which could include wildcard grand prix appearances.

Splitting with Honda would pave the way for a Ducati-Stoner reunion, the Australian having won the 2007 title with the Italian brand.

"From the moment he arrived in 2011 in the Repsol Honda Team we had a very close relationship and we always enjoyed speaking to him about racing and technical matters.

"Of course his championship win in 2011 was a very special moment for us and a highlight of my career.

"Even after his racing days were over, I enjoyed attending his tests to talk with him and spend time together.

"We would like to thank him for everything he gave to us over the past five years and send our best wishes to him and his family."

STONER AND HONDA IN MOTOGP

2006 - Eighth in debut MotoGP campaign with satellite squad LCR Honda
2011 - Joins Repsol Honda from Ducati, wins 10 of 17 races on way to a second world championship
2012 - Bows out of MotoGP aged just 27 with third in standings and five wins, having missed three races due to injury
2013-15 - Retained as factory test rider 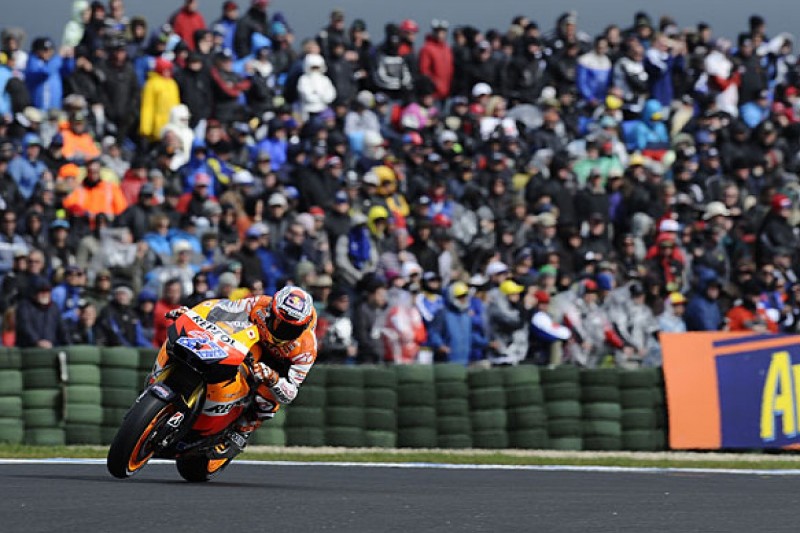