Suzuki's Joan Mir took his maiden MotoGP victory in a dramatic European Grand Prix to put one hand on the title, after a crash for Petronas SRT's Fabio Quartararo

Of the top six in the standings ahead of the first Valencia race, Mir was the only one yet to win a grand prix in 2020, but his first - making him the ninth different winner of the year - has given him a 37-point lead to put the title within sight.

Poleman Pol Espargaro got the holeshot into Turn 1 ahead of Alex Rins on the sister Suzuki, with Takaaki Nakagami holding third off the line on the LCR Honda.

Quartararo leaped up to ninth from 11th on the opening lap and was looking to get ahead of Aprilia's Aleix Espargaro at the Turn 8 left-hander when both slid off their motorcycles.

The Frenchman was able to remount at the back of the field, some 15 seconds adrift of the pack, and salvaged two points through misfortune for others - but his title hopes are all but over now, with his deficit to Mir now 37 points.

Rins scythed past Espargaro at the Turn 11 right-hander on the second lap, with Mir copying the move two tours later.

Rins absorbed the pressure from his team-mate behind for a number of laps, with Espargaro just about staying in touch.

But a mistake from Rins on the run into Turn 11 on lap 17 opened the door for Mir to come through into the lead, with the number 36 immediately opening up a gap of half a second. 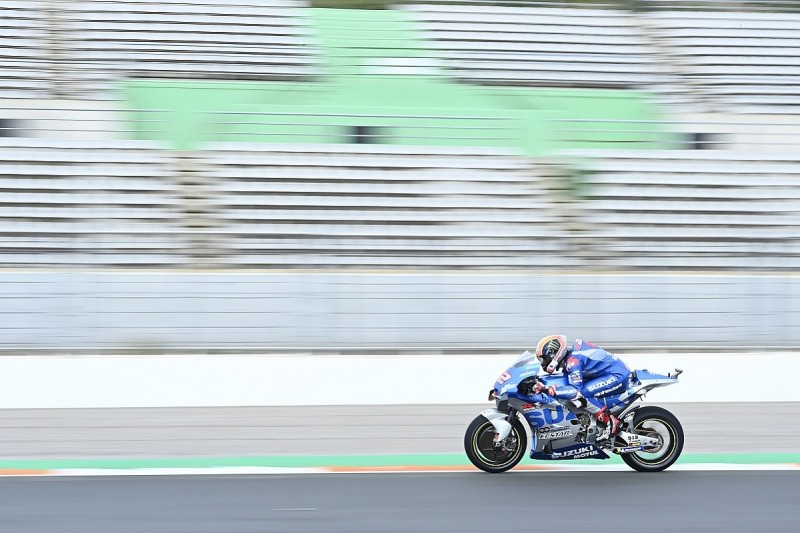 From this point, Mir took total control of the race and continued to extend his advantage over Rins, coming under no threat through to the chequered flag.

Rins held onto second to give Suzuki its first 1-2 in grand prix racing since 1982, but is now 37 points behind Mir in the championship equal on points with Quartararo - though the latter holds second place in the standings owing to his greater number of wins.

Espargaro completed the podium on the KTM, with Nakagami overhauling Tech3's Miguel Oliveira in the latter stages to claim fourth, while Jack Miller was sixth on the Pramac Ducati.

Brad Binder recovered from the long lap penalty he was forced to take as punishment for wiping out Miller at Aragon last month to finish seventh and edge a lead in the rookie of the year battle.

Andrea Dovizioso was eighth on the factory Ducati and was lucky not to be wiped out by a crashing Honda of Alex Marquez at Turn 1 on lap 24 having just overtaken the Spaniard.

The top 10 was completed by Avintia's Johann Zarco and the sister works Ducati of Danilo Petrucci, with Franco Morbidelli the first Yamaha in a lowly 11th as his gamble to run the hard front and rear tyre seemingly backfired.

Stefan Bradl on the Honda followed him home, while Maverick Vinales recovered from his pitlane start to 13th on the works Yamaha ahead of a distraught Quartararo. 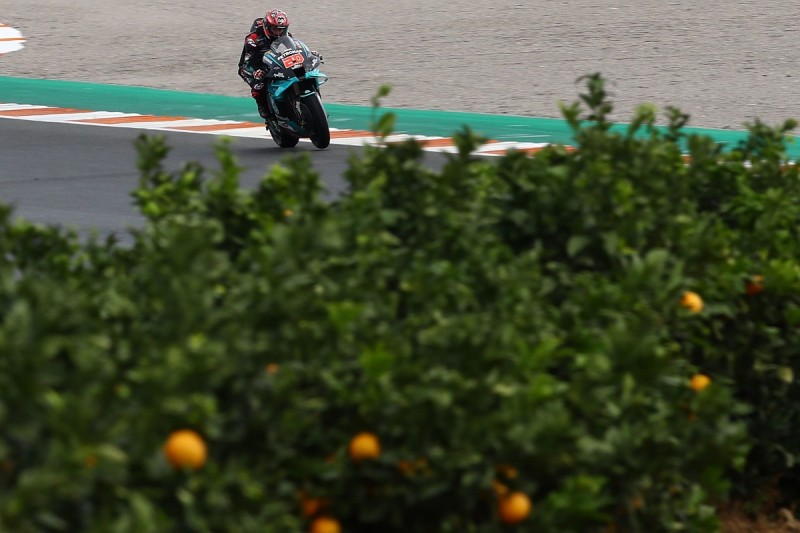 Valentino Rossi's first race since returning from COVID-19 ended in lap five with a technical issue with his Yamaha, while there were crashes for Pramac's Francesco Bagnaia, Aprilia's Lorenzo Savadori and LCR's Cal Crutchlow.

Aleix Espargaro never remounted from his lap one crash, while Avintia's Tito Rabat was forced to retire with an issue.