The six-time MotoGP podium finisher joins the factory Honda squad from KTM in 2021, but will have just five days to get to know the RC213V in March before the opening round in Qatar.

Espargaro should have had two days on the Honda at a post-season test at Jerez last November to have his first experience of the bike, but this outing was scrapped due to the COVID-19 pandemic.

He also lost a day from the six originally scheduled for the 2021 pre-season when the three-day Sepang outing was cancelled due to the virus.

Marquez confirmed on Tuesday he will not take part in the Qatar test as he continues to recover from a third operation on a broken arm.

Though Espargaro will have test rider Stefan Bradl and LCR duo Alex Marquez and Takaaki Nakagami on track with him, he admits he "needs" Marquez as the only way for him to improve on the bike "is to learn from the best rider in the world".

"I'm going to arrive to Qatar a little bit earlier, three days before the test, and there I'm going to set up with all the engineers and I'm going to see every single corner of the track, try to analyse every bit of data I have in my mind," he said.

"This past month I've been thinking of different situations where, for example, Marc has been saving those crashes [which] in the end give him a lot of points; if he would not have saved those crashes maybe he would not win those races.

"So, this is my question: how was Marc doing that? And it seems in these past years that is a part of the Honda DNA. 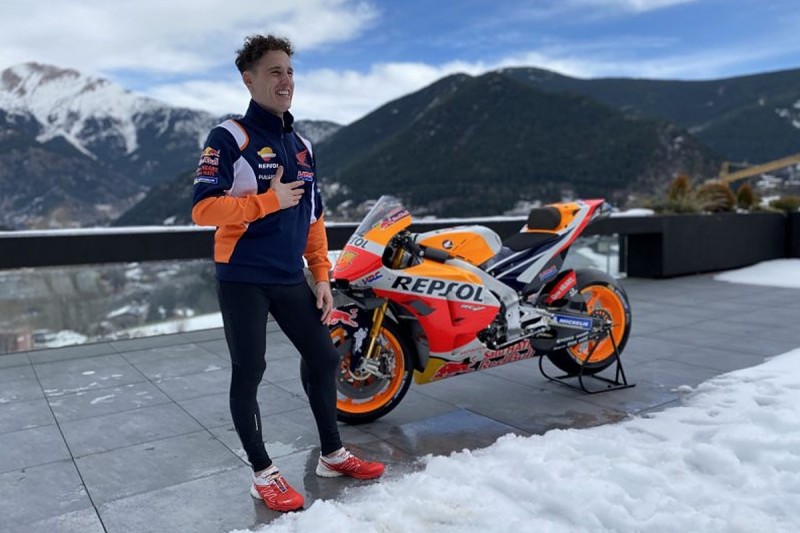 "I need to manage that situation. In KTM I was sometimes doing that, but I need to learn even more how to do that, and the pressure is going to be high without Marc."

He added: "For sure we have the satellite team, and they are also going to have factory bikes with Alex and Taka.

"They are very, very fast riders together with Bradl, who has been doing many laps in the pre-season and he's going to be in the test in Qatar.

"So, for sure I'm going to learn a lot from him. Then let's see when Marc arrives in the team.

"Hopefully it's going to be as soon as possible, but what is sure is we need Marc because he is the number one of the team and he's the fastest with the bike and I really want to learn from him.

"The faster he comes [back] the more I'm going to learn from his side and the faster I'll improve.

"So, the way I'm going to improve is to learn from the best rider in the world and he's the one."