The rain from FP1 had disappeared but the track remained damp for the start of the second 45-minute session of the Misano weekend.

With conditions better than they were, improvements on the combined standings came in quickly, with Ducati’s Jack Miller setting the most significant time in the opening stages of FP2.

This put him over a second clear of Johann Zarco’s FP1 best, while on the individual FP2 times he was 1.2 seconds clear of Tech3 KTM’s Iker Lecuona.

Miller’s 1m41.305s would go unchallenged through to the chequered flag despite further improvements being made in the closing stages when the track was at its driest.

The Australian ended up 0.927s clear of Pramac’s Zarco, who made a late move up to second, with Aprilia’s Aleix Espargaro completing the top three a further 0.059s back.

Lecuona ended his strong afternoon fourth in FP2 ahead of his factory KTM counterpart Miguel Oliveira, with Avintia rookie Luca Marini making a move to sixth at the death.

Lorenzo Savadori is making a wildcard appearance for Aprilia this weekend and currently holds a provisional Q2 place at the end of Friday after finishing FP2 seventh. 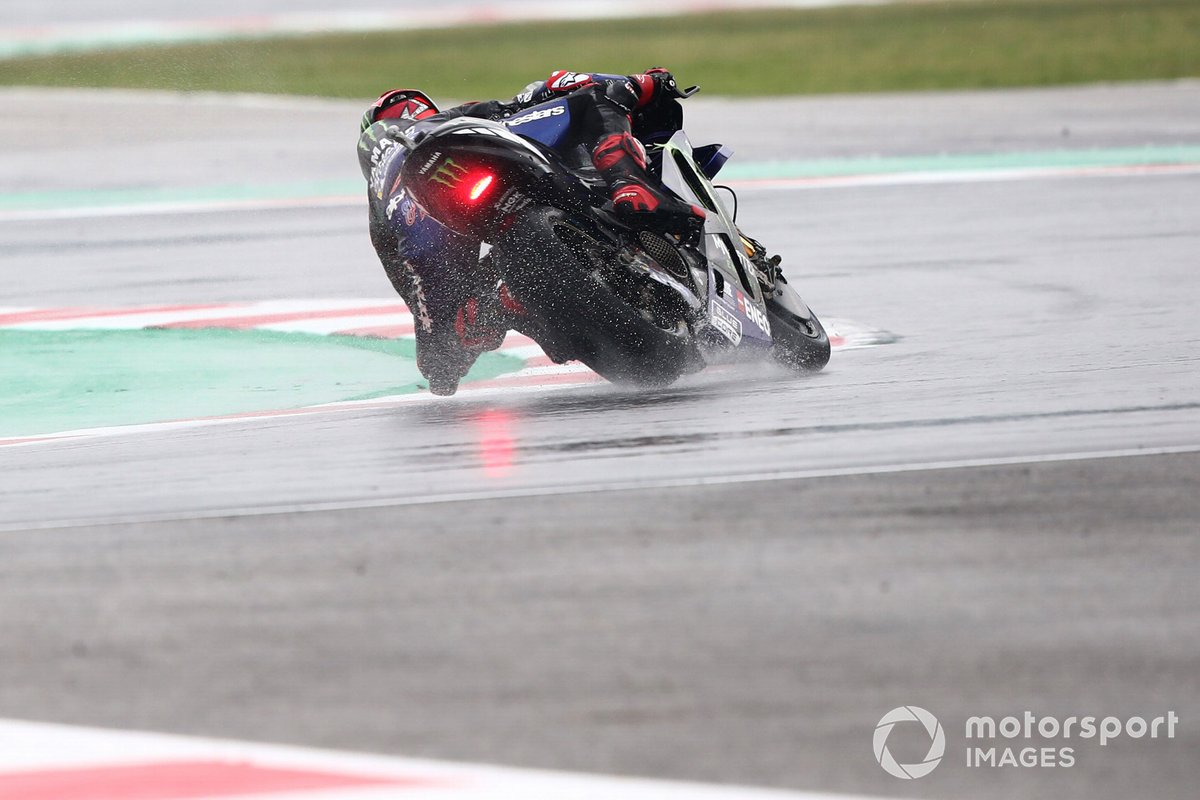 Francesco Bagnaia was eighth on the sister factory team Ducati, 1.364s off his team-mate’s pace, but would likely have been a bit closer had he not made a mistake on his final flying lap going through the Curvone right-hander.

Completing the top 10 was the sister Tech3 KTM of Danilo Petrucci and Pramac’s Jorge Martin, with current world champion Joan Mir on the Suzuki shuffled out of the top 10 into 11th by 0.033s.

The late changes to the top 10 also led to Austin race winner Marc Marquez being shuffled into a provisional Q1 spot in 14th on his Honda behind brother Alex Marquez (LCR Honda) and Avintia’s Enea Bastianini.

Alex Rins joined his Suzuki team-mate Mir in failing to crack the top 10 on a low-key day for the Spaniard down in 15th, with championship leader Quartararo 1.792s off the pace down in 16th after another scrappy session in the wet conditions.

A crash at Turn 13 in the final 15 minutes for Honda’s Pol Espargaro left him stranded down in 19th ahead of Yamaha’s Franco Morbidelli and Aprilia’s Maverick Vinales, with Valentino Rossi (Petronas SRT) shadowing his former team-mates.