Nine different riders won grands prix in an often-chaotic 2016 season, which followed three seasons with four winners and the '12 campaign with only three.

"As always, the level is very high, and this year more - so you can have seven, eight riders that try to win races and try to fight for the championship, this is great," he said.

"We have to try to stay in that group, coming from a quite difficult winter season; I was never very strong [and] we struggled a bit to find the right feeling.

"For me all the riders in this table plus Dovizioso can win in a normal conditions but everything is open for everybody if you have mixed, or wet.

"Also Pedrosa because in the pre-season he was in a great shape so all these [six] and Pedrosa and Dovizioso, minimum." 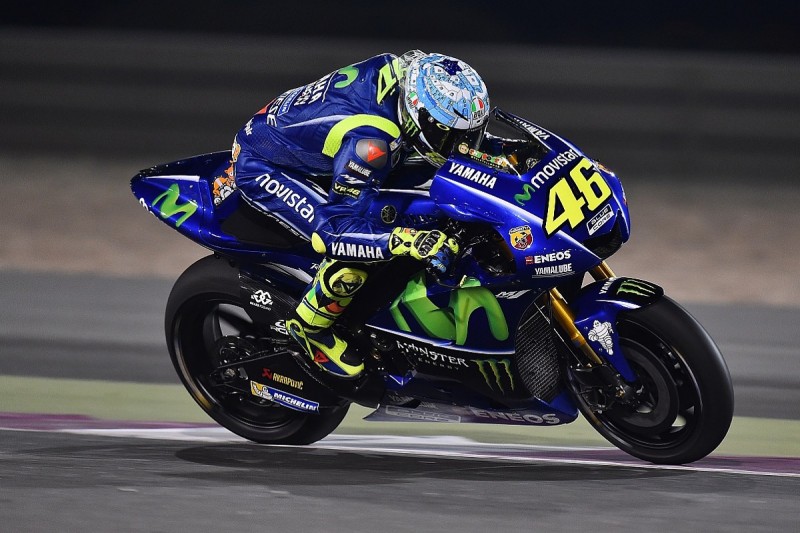 While reigning champion Marquez believes "five or six" is a more realistic outcome, Vinales agreed with his Yamaha team-mate's assessment, saying "at least eight can win in normal conditions".

Rossi has been overshadowed in pre-season testing by Vinales, who arrives from Suzuki to replace Ducati recruit Lorenzo.

Vinales completed a clean sweep of topping test sessions in Qatar a fortnight ago, with Rossi finishing those three days "worried" about his performance.

Having set the sixth, 12th and then sixth-fastest times in the three tests, Rossi believes he will have a fight on his hands to run in the top five in the season opener, let alone fight Vinales.

"It's always difficult to say because the situation changes, it is an evolution, but especially in Qatar in the test, in the last [race] simulation Maverick was very impressive," he said.

"I was also slower compared to the second group so we need to try to improve especially in the pace to try to fight for the top five."