Ducati sporting director Paolo Ciabatti admits signing Johann Zarco in 2020 was a “gamble” as “nobody trusted him” following his miserable part-2019 MotoGP campaign with KTM.

Zarco registered just one top 10 result in his stint with KTM as a factory rider in 2019, which ended after the Misano round when the marque elected to drop him with immediate effect after he’d already announced the termination of his two-year contract following the Austrian Grand Prix.

A three-race run with LCR and Honda as Takaaki Nakagami’s stand-in ultimately wasn’t enough to secure him a full-time HRC ride for 2020, with Zarco seriously considering a return to Moto2.

Ducati convinced him to sign with it and join Avintia – which he initially shunned – and a podium at Brno last year led to his promotion to Pramac with full factory support for this season.

Finishing second in both Qatar races and as top Ducati rider, Zarco leads the championship by four points ahead of this weekend’s Portuguese GP. 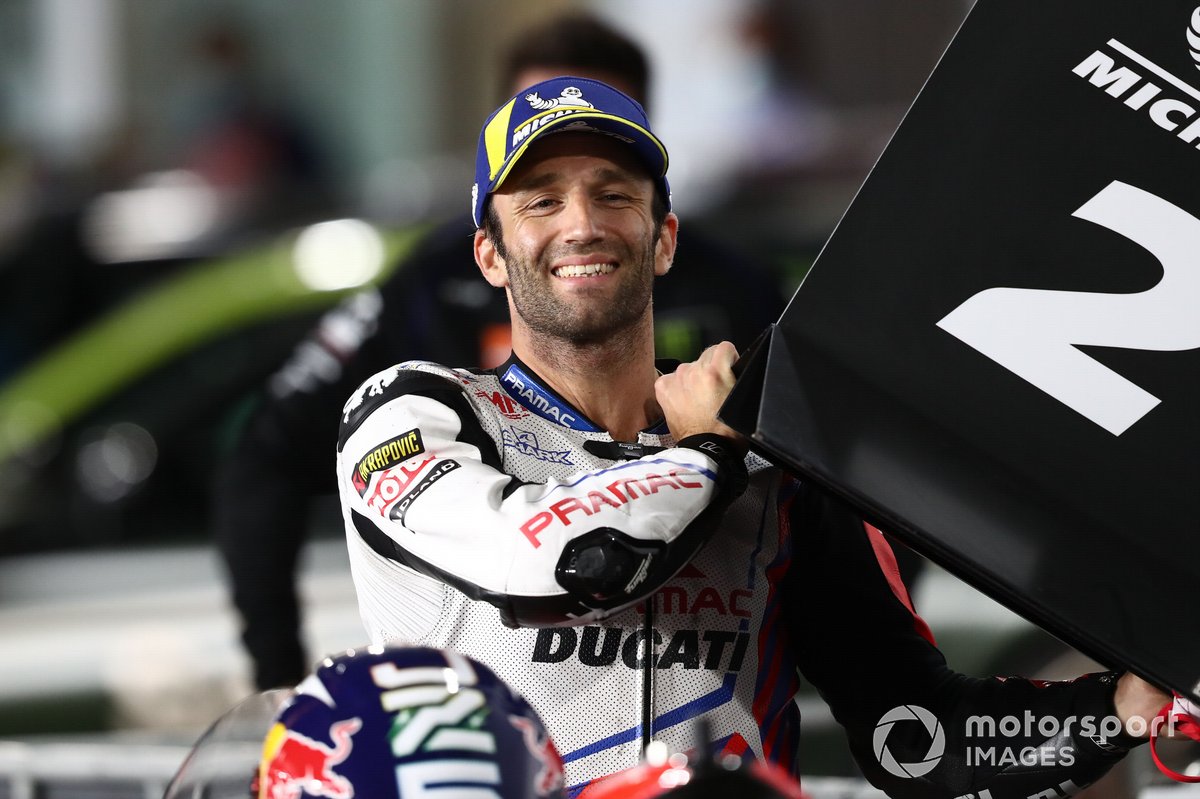 “We are happy because Johann was a gamble by Ducati when nobody was considering him,” Ciabatti told Autosport’s sister Spanish language Motorsport.com.

“I think he will be a protagonist throughout the championship.

“Johann was convinced by us to stay in MotoGP at the end of 2019, because we thought he was a talented rider.

“After a very complicated year with KTM, nobody trusted him to the extent he wanted to go back to Moto2.

“With the help of Ducati he built up a confidence with the bike over the course of 2020 that has led him to merit a move to Pramac, with bikes identical to the factory team.

“Now he is proving to be the rider we thought he was.”

Zarco admitted following his Qatar double podium that leading the MotoGP standings was not any sort of redemption for his tough times at KTM.

Ciabatti added: “Because of the resources we inject there, Pramac is a factory team with another sponsor.

“And in that sense, Johann is earning that Ducati sees him as an equally valid option in the title fight as Jack [Miller] and Pecco [Bagnaia].”

In Qatar, Pramac rookie Jorge Martin stunned with pole at the Doha GP and third in the race having led for the first 17 laps.

Martin’s Doha performance courted comparisons to other legendary MotoGP rookies, but Ciabatti was wary of putting too much pressure on his shoulders.

“What he has to do is to continue like this, as he has done so far,” Ciabatti added.

“Now we have to see what happens on circuits where he hasn't ridden the Ducati before, and where he will only have two days to get used to them.

“"The last race in Qatar was very special because all the riders had been riding there for many days, and that is something that helps the rookies.

“It will be now, on tracks that are new to him, where we will see his maturity and ability to adapt.”