Ducati: Difficult to split with Andrea Iannone for 2017 MotoGP

Ducati found it tough to decide to split with Andrea Iannone to accommodate three-time MotoGP champion Jorge Lorenzo in 2017.

Lorenzo announced in April that he would leave Yamaha at the end of the 2016 season to join Ducati, leaving the Italian manufacturer with a choice between Andreas Dovizioso and Iannone to be his team-mate.

That timing coincided with several early-season errors from Iannone, including crashing into Dovizioso on the last lap in Argentina when they were second and third.

Dovizioso got the nod to stay on, but the Suzuki-bound Iannone then broke Ducati's winless run of nearly six years at the Red Bull Ring.

"It's never easy when you have two very fast riders in your team to decide which one has to go," Ducati sporting director Paolo Ciabatti said.

"It was not an easy one because both Andreas have been with us since 2013, going through very difficult times together, helping Ducati and Gigi [Dall'Igna, general manager] to build a better bike and I think what is today a very competitive bike.

"I think him and Lorenzo are a very good team for the future and obviously we regret that Iannone is leaving because he achieved our first race win since 2010 in Austria.

"I'm sure he will be very competitive on the Suzuki, so he will be one of our strongest competitors, but this is life." 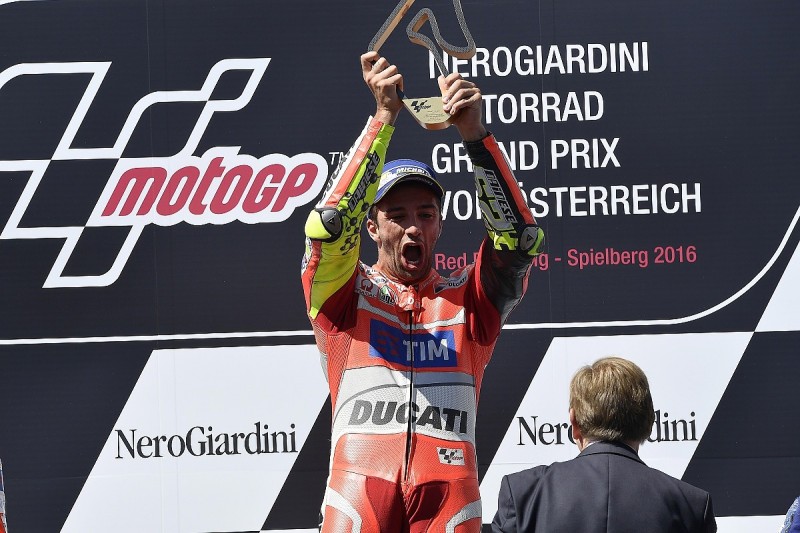 Iannone made his MotoGP debut in 2013 and spent two seasons with the Pramac satellite squad before joining Dovizioso with the factory outfit.

He finished ninth in the riders' standings, 59 points behind fifth-placed Dovizioso, although did miss four races through injury.

Dall'Igna also paid tribute to the 27-year-old, who claimed seven podium finishes during his two seasons with Ducati, including third in his final start at Valencia in November.

"With Iannone, I have a very good relationship with him and vice versa," he said.

"I would like to say thanks to Iannone, because he did a fantastic race [at Valencia], he rode that bike with Ducati in his heart, and I think that is really important.

"We spent the last four years with him, and the improvement we did was also due to him, and so thank you to him and good luck for his future."