Dovizioso was taking part in a motocross race in the Emilia Romagna regional championship in Italy on Sunday when he crashed and landed on heavily on his left shoulder, according to eye witnesses.

He was taken to a nearby hospital in Forli to undergo scans on a possible broken collarbone.

Ducati has since confirmed that the three-time MotoGP world championship runner-up has broken his left collarbone, and will undergo an operation on Sunday evening in Modena to correct this.

A spokesperson for the team confirmed that ordinarily an injury like this would be left to heal on its own, but Ducati and Dovizioso have taken the decision to have the operation in order to be ready for the opening round of the 2020 season at Jerez on 19 July.

Dovizioso's manager Simone Battistella told Sky Italia: "It is a fracture that may not even [need to be] be worked [on usually], but [we are] fixing it this moment and it means being able to go back to training in a few days and be absolutely ready for the first race. It was a bit painful, but overall serene."

However, with only 13 rounds scheduled so far, any missed race through this injury will prove disastrous to his title ambitions. 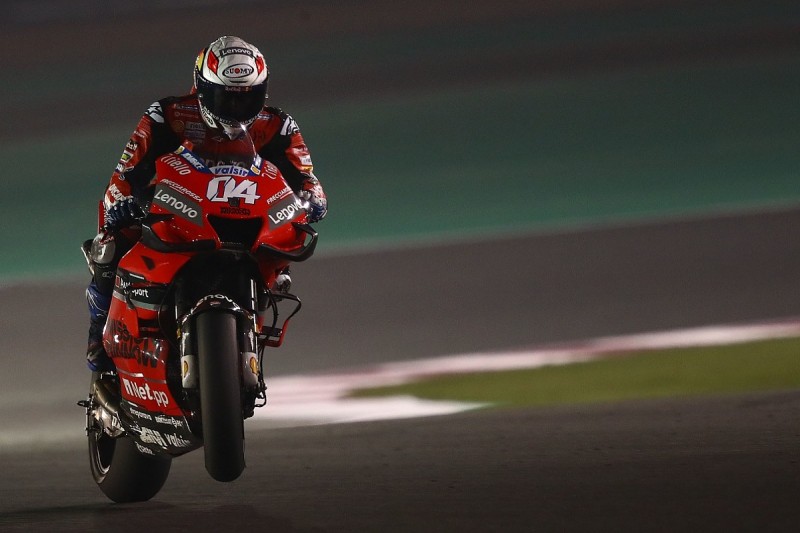 Ducati granted Dovizioso permission to take part in the race, with the Italian rider a keen motocross rider as part of his MotoGP training regime.

This decision also comes in the wake of ongoing contract negotiations between both parties, with a deal yet to be reached over a dispute over money.

Late last year reigning world champion Marc Marquez underwent surgery on a partially dislocated right shoulder he suffered in a heavy crash during the Malaysian GP weekend, and which he aggravated further in a tumble in November's Jerez test.

It followed a similar injury woe on his left shoulder, which dogged him throughout the 2018 season and required a lengthy winter of rehabilitation ahead of last season.

The coronavirus-delayed 2020 season kicks off with back-to-back races at Jerez, with an official test taking place at the circuit on Wednesday 15 July.

Petrucci at Tech3 proves KTM sees it as an equal in MotoGP, says Poncharal