Dovizioso: People freaking out over MotoGP form underestimated me

Dovizioso has taken four victories in 2017 and lies second in the standings, 16 points behind main title rival Marc Marquez with four races left this season.

His tally of wins for the year is double what he had scored in his entire premier class career previously, with a Sepang victory in 2016 ending a drought of seven years since his maiden MotoGP success at Donington Park in '09.

Dovizioso believes his lack of success relative to the championship's most celebrated riders led some to assume he was not good enough to challenge for a title.

"Let's say that it has surprised me, but not that much," Dovizioso told Autosport when asked if his championship challenge had come as a shock to him.

"But it's normal, as I haven't been the centre of the attention and I hadn't won many races [before this year].

"My races weren't a thing to analyse and many other things went unnoticed for the rest of the people.

"Now I've won four times and everyone is freaking out.

"But I am riding like always, with the same mentality and strategies as before. The difference is that now I approach life and race weekends in a better way.

"Now I understand better some aspects, small details that are an important influence.

"If my year is surprising, it's because the majority of people thought I wasn't at the level of the best ones, when actually I've never been that far from them.

"Now, with those changes, I've placed myself at the same level." 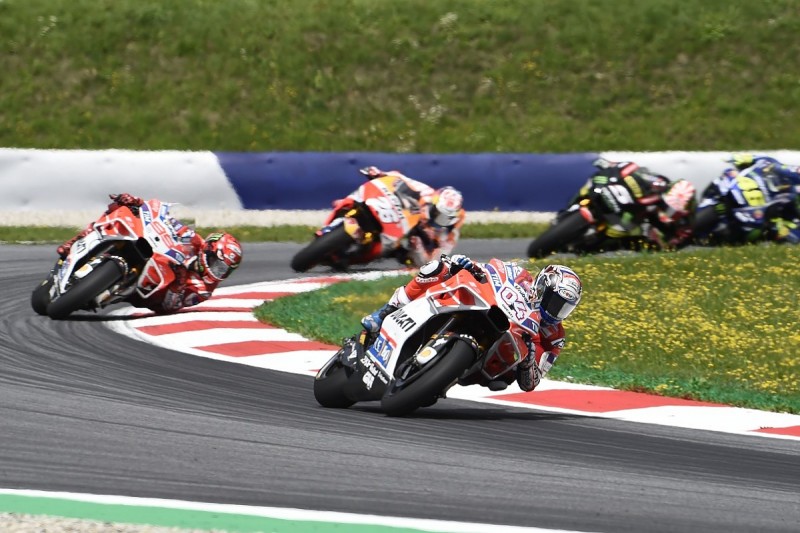 The 31-year-old has spent the year alongside three-time champion and Ducati newcomer Jorge Lorenzo, who switched to the Italian manufacturer after nine seasons at Yamaha.

Dovizioso feels the fact he has had the measure of his more illustrious team-mate for the majority of the season has further strengthened his reputation.

"Jorge's arrival has confirmed some aspects of the bike that I had always talked about but a lot of people inside of the team didn't see that clear," he said.

"His arrival has made everyone realise what is the reality of the bike.

"And that, obviously, has increased my value as a rider."