Cal Crutchlow admits “everything feels alien” as he made his first official MotoGP appearance since retiring in Friday’s practices for the Styrian Grand Prix with Petronas SRT.

The three-time MotoGP race winner has been called up to replace the injured Franco Morbidelli at SRT for the next three races having retired from full-time racing at the end of last season.

Though now Yamaha’s official test rider, Crutchlow hasn’t ridden a motorcycle since a test in April, which made getting back into the swing of things on Friday in Austria all the more difficult.

“Five months off, fucking hell, everything feels alien,” Crutchlow said after ending Friday 2.285 seconds off the pace in last on combined times.

“Sat in this chair with my leathers on feels alien let alone riding the bike.

“And obviously I rode the Honda for six years or whatever I rode it for, so my thought process is still the feeling of that.

“Then I started to test with Yamaha, I understood the bike quite well, I made what I believe was quite a few improvements in Qatar because I had days on it.”

He admits his initial feelings at full speed on the bike were “not very good” and was lulled into thinking he was going faster than he was.

“So, the fingers wouldn’t go out, so the bike was nearly stalling and nearly fell off it.

“I just let go of the handlebar and the bike flew off. So, you can imagine it wasn’t the easiest first lap. 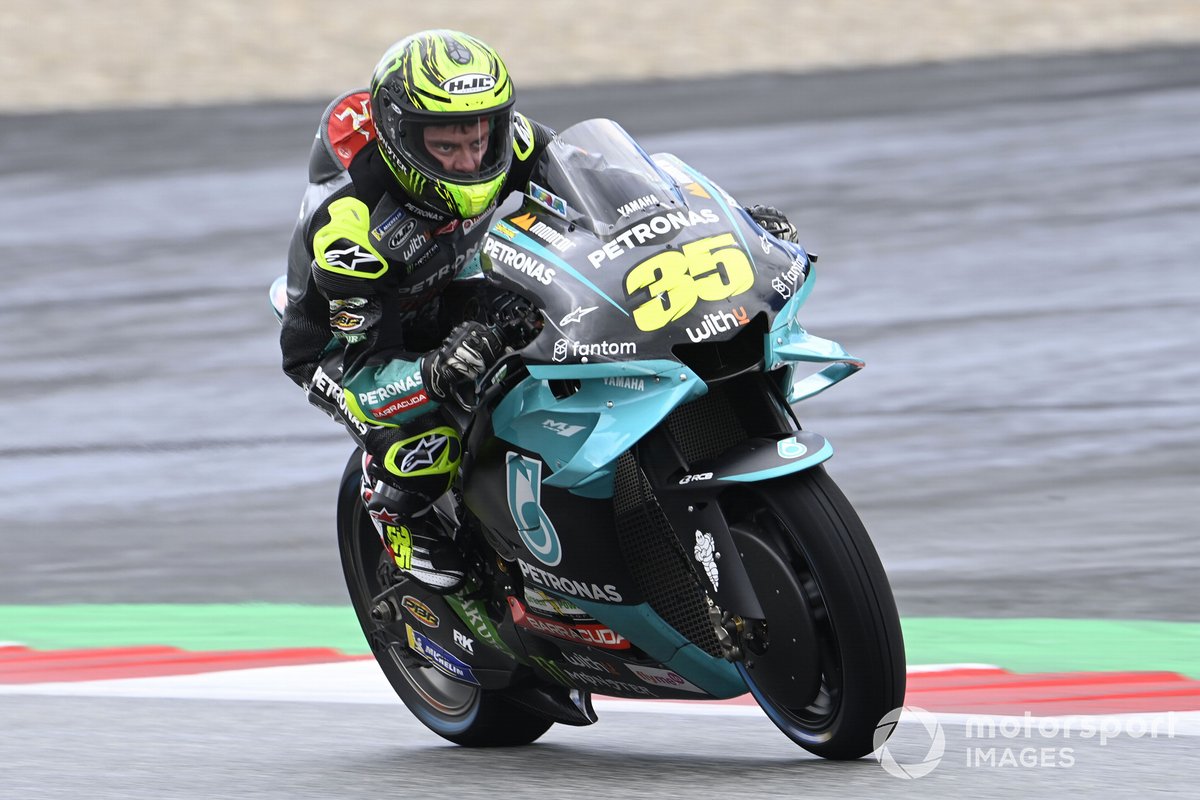 “The best thing was, as always when you’re riding around you think you’re going fast, but the reality is I might as well have had an orange bib on because I was behind Jack [Miller] for the first two laps and I was like ‘I’m staying with him, this is brilliant, fucking great’.

“Then two, three laps later I ran a bit wide and they went.

“But I felt like I was flying, but my lap time wasn’t working.

“But brake distance felt really short, bike was shaking, wheelie-ing coming out the corners. I thought, ‘that’s it I’m definitely going well’, but the reality was I was five seconds or something off the lap record.”

The Briton said he was able to quickly get back into a racer’s mentality in practice, which came as a surprise to him given his last race was November 2020.

“At the test you’re testing against yourself, you’re looking at your own data,” he said.

“And then when you come back to the race weekend you want to look at the other riders’ data.

“That surprised me, but honesty speaking when a month ago or five, six weeks ago when I said I was going to do it, as I said I didn’t care.

“But when you sit in the garage, I have that mentality of wanting to compete I suppose.

“I’m not going to be competing, I can tell you that now, but it felt funny that I was even bothered, but quite enjoyable.”