Cal Crutchlow says he expects "horseshit" claims that Honda is backing him over its MotoGP factory rider Dani Pedrosa, now that the Spaniard is officially on his way out

Pedrosa will be replaced by three-time champion Jorge Lorenzo in 2019, and his next move is currently unknown - although he has been linked with a switch to the rumoured Petronas-backed satellite Yamaha project.

Though he rides for the satellite LCR team, Crutchlow is directly contracted to Honda through to the end of 2019.

He is currently sixth in the championship compared to Pedrosa's 11th place and beat the factory Honda rider to fourth in Sunday's Barcelona race.

"For all the people thinking that now Dani is out I got a better bike, it's horseshit," he said after the race.

"Because they will think [it]. This is what happens.

"They'll say 'ah, now, Dani gets a slow bike, Cal gets all the parts'. This is not true. 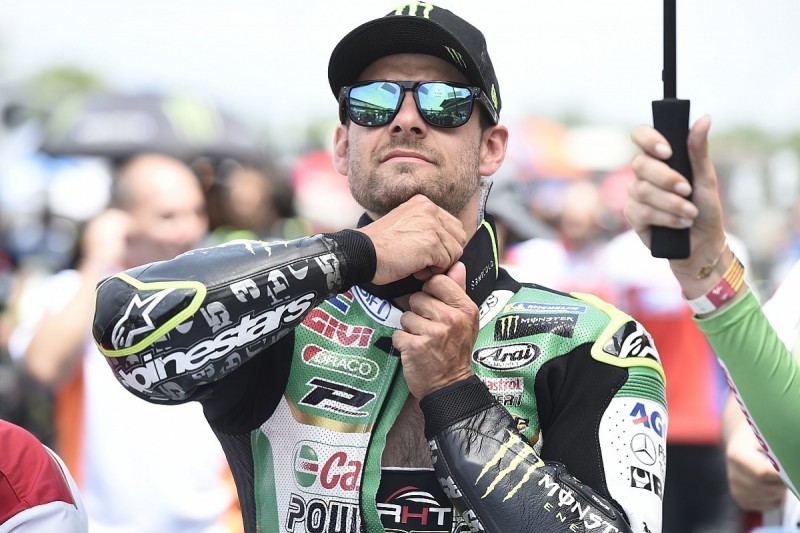 Crutchlow is testing new parts from Honda in Monday's post-race running, but said Pedrosa's exit "changes nothing" in how upgrades and testing responsibilities are distributed.

"I had the plan of what I was going to test three months ago," said Crutchlow.

"We have some small part, it's nothing big, it's something to make you feel hopefully a little bit more comfortable in the bike, and that's it."

Crutchlow's fourth place in the Catalan Grand Prix was his best finish since his win in Argentina in early April, but he said the result was "bittersweet" as he had been aiming for a podium heading into Barcelona.

He had fought through from 10th on the grid, and believed he would have had a shot at third-placed Valentino Rossi if he managed to clear Pedrosa more swiftly.

Asked what Crutchlow's advantage was in their battle, Pedrosa said: "Most of the race I was in front so I couldn't see but I could hear his engine many times, and he was getting next to me in the straight.

"I could see that the way of using the rear grip is different, and I wasn't going so fast out of the corner.

"This is something we have to work for because that I believe is one of the reasons why I struggle in the qualifying with the new tyre.

"So if we can manage to change a little bit the way of going into the corner, this can help to use better the grip on the mid and exit."