KTM’s Brad Binder admits he was “really quite scared” of having to use the medium front tyre in the MotoGP Doha Grand Prix but “didn’t have a choice”.

All four KTM riders ran the medium front tyre in last Sunday’s Doha GP, having wrecked the soft option in the Qatar GP the week before.

Binder said pre-Doha weekend that the tyre choice dealt KTM a “hard blow”, because the soft was too soft for the RC16, while its preferred hard option didn’t work in the evening conditions.

Very few riders touched the medium front – the only asymmetric option in the front tyre range in Qatar – because it didn’t feel good, with Binder wary of using it because he crashed three times in testing on the compound.

Despite enduring an “extremely hard race”, Binder managed to get his KTM home in eighth in the Doha GP having started 18th. 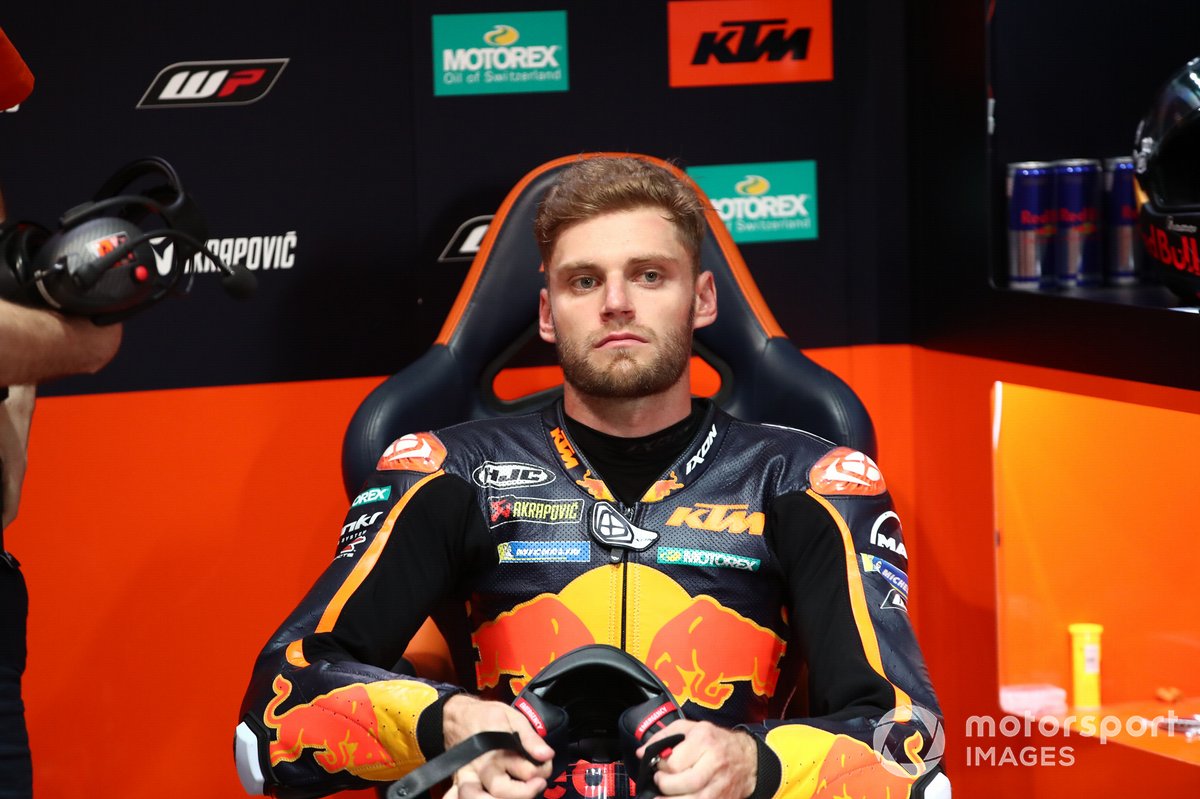 “I was really quite scared to go back onto the medium front considering I crashed three times with it [in testing], and all three crashes were crashes where I didn’t expect it,” Binder explained.

“It just pretty much washed away on me, so that was a bit hectic. But we didn’t have a choice.

“The soft wasn’t an option, even in qualifying to do two time attacks on the same front tyre was impossible because it had already completely dropped on the right-hand side when I was trying to push on my new rear tyre.

“So, we knew it was clear that even if we don’t like the medium, we have to use it purely because we won’t see the end of the race otherwise.

“I had to be super careful when transferring from one side of the rubber to the other and you almost have to brake straight and go over gently.

“You can’t brake through that amount of angle and when you do you get a lock on the front, which gives you a lot of negative feelings.

“So, I had to change up my style a little bit, especially in some of the right-hand corners entering.

“But once I figured it out I could push quite well on the front.”

Team-mate Miguel Oliveira ran as high as fourth in the opening stages of the Doha race having leaped up from 12th, but could only manage 15th after his RC16’s dashboard switched off early on.

Struggling to understand what gear he was in and when to correctly shift, Oliveira also unknowingly selected a leaner engine map which added to his woes.