Aprilia has formally launched its all-new RS-GP, declaring its 2016 MotoGP challenger the "most ambitious project" it has ever undertaken

The Italian manufacturer returned to MotoGP with a Gresini-run factory programme in 2015, but its bike was largely based on the ART superbike regulations.

Alongside what it dubbed a 'laboratory season', Aprilia developed its maiden thoroughbred MotoGP bike, which turned its first laps last month at Aragon.

It completed its first full test in Qatar last week, and race riders Stefan Bradl and Alvaro Bautista will join the full field for this week's final pre-season test at the Losail circuit.

"The upcoming season will be a very important one for us," Aprilia racing manager Romano Albesiano said.

"The new bike reflects recent Aprilia Racing tradition, reinterpreting every concept without compromise, and it is the most ambitious project our racing department has ever undertaken.

"The first responses from testing have been positive. We received very positive feedback from both riders specifically from a dynamics point of view.

"In any case, this is the beginning of a long path and we are well aware of the inevitable difficulties that come along with any new project."

"I believe that, after the initial finetuning phase, we'll be able to set our sights on respectable results."

"The first contact with the new bike was definitely positive, despite the fact that it's still too early to take a position," he said.

"Now our job will be to explore the potential of the RS-GP lap after lap.

"We really have a lot on our plate, but we also have a wide margin for improvement.

"For the first time in my career I'm working on an official team with the job of developing a new project.

"I think that this is the greatest condition possible for a rider who wants to set his sights on staying out front."

British Moto2 star Sam Lowes is also set to play a role in developing the RS-GP this year, before joining Aprilia as a race rider in MotoGP in 2017. 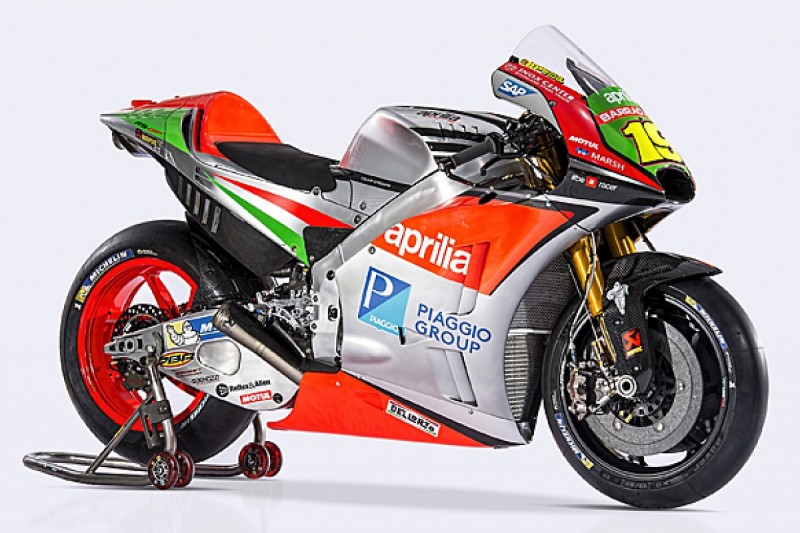 Electronics are 'killing the essence' of MotoGP, says Wayne Gardner