Iannone was the Japanese manufacturer's top finisher in Losail, although Rins was firmly in contention for a top-six finish until he crashed out at mid-distance.

The Italian rider said he backed off due to the "risk" of trying to stay with the leaders, having lost confidence with the front of his GSX-RR, and contrasted his approach to that of the less experienced Rins.

"Alex stayed in front of me and was very close to the first group, and in the end he crashed because always you want to push at the limit, you risk a lot.

"I think I have a little bit more maturity at the moment; when I think the situation is not at 100% I try to manage the situation, to finish the race and get some points. It's different.

"In any case, we have one year in front of us and we will work hard to improve." 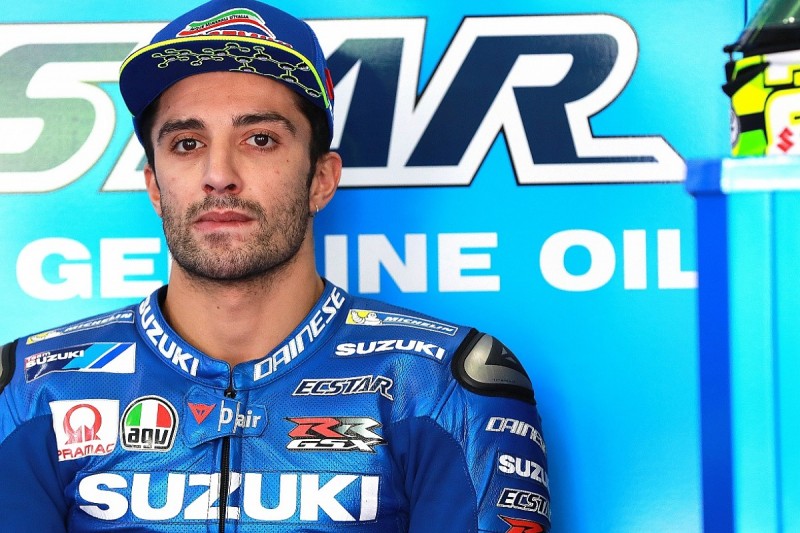 Suzuki failed to record a single podium finish in 2017, resulting in the brand regaining the technical concessions it had lost the previous year.

But Iannone, whose most recent podium came at Valencia in 2016 - his last race on a Ducati - says top-three finishes can now be a regular target.

"Last year's Aragon running was a very good test for us, it was very important because we understood a lot and kept improving," he said.

"When we arrived at the end of the season we recovered a lot [of lap time] and closed a lot the gap to the top riders.

"For sure in every race we will try to get the podium and fight for the top [positions]. It's our target and we will work for this."