During the race the Marquez brothers ran close to each other for the first time in MotoGP, with Marc leading Alex by several seconds in seventh spot all the way to the chequered flag.

Asked about running with his brother on track, Alex Marquez joked he was not happy to have been beaten but praised Marc’s “unbelievable” comeback weekend.

“I’m not happy, he’s a bastard, he beat me in the first race,” the younger Marquez brother joked.

“But like I said on Thursday, it’s a special weekend for all the family. This weekend could have been better, but we finished with good results for both and I need to say that his comeback is unbelievable after many months. 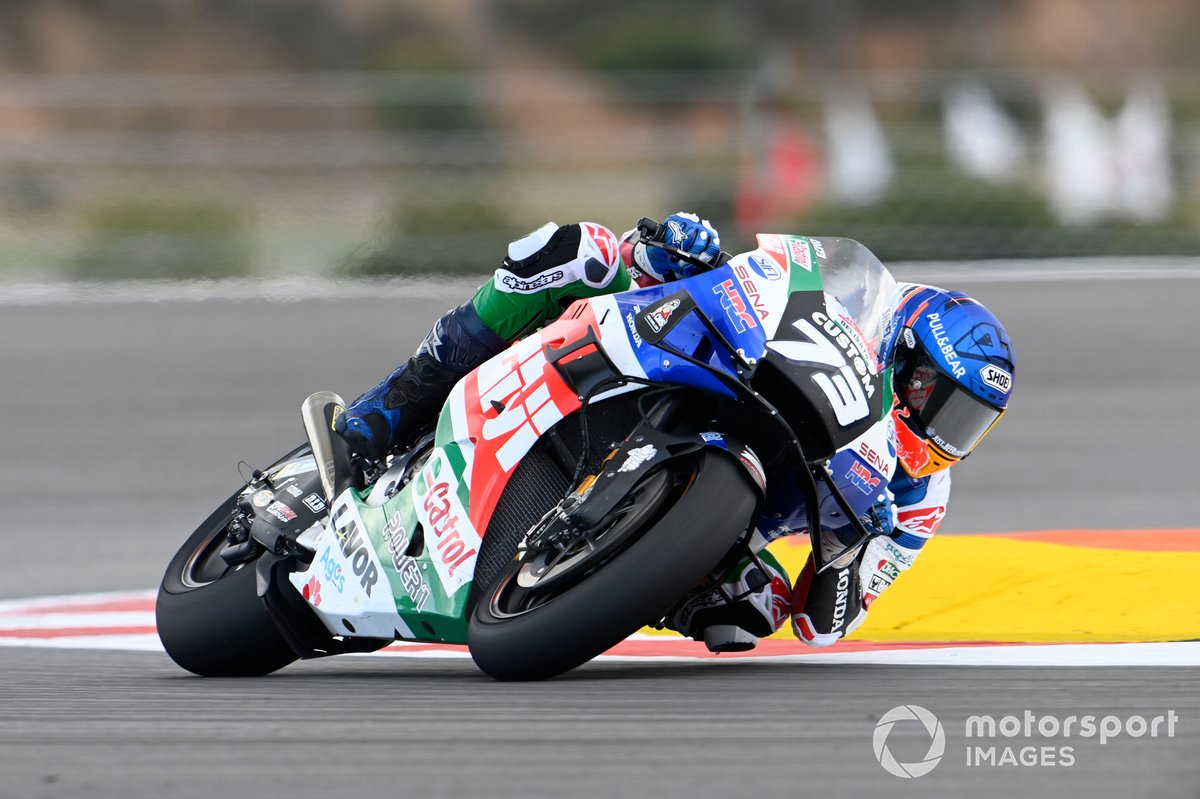 “In the first laps we saw that he was not used to the race and he did some mistakes, also on overtaking. But anyway, till last lap it’s unbelievable.

“His reaction was normal when he came to the box because he knows better than anyone what is his situation is.

“He deserved to finish P7 and he did an amazing job all the weekend.”

Espargaro forced out by brake failure

Marc Marquez’s factory Honda team-mate Pol Espargaro was forced out of the Portuguese GP after four laps when his rear brake failed, with the team unsure why the problem occurred.

“We don’t know why and how, especially what was the problem on the rear brake that something failed on and I lost completely the rear brake on the lap,” he said.

“Second lap already I felt it spongy and the third lap I had a problem on it.”