The provisional entry list of the 2021 MotoGP season has named Lorenzo Savadori as an Aprilia rider, as rumours continue to swirl on who will replace Andrea Iannone.

One-time MotoGP winner Iannone has been hit with a four-year competition ban for a doping violation after his appeal to have an initial 18-month ban was rejected by the Court of Arbitration for Sport and the World Anti-Doping Agency's push to increase the penalty was approved.

Numerous names have been linked with the vacant Aprilia seat, including Andrea Dovizioso and Cal Crutchlow.

But the outgoing Ducati rider never considered Aprilia a serious option and has opted for a sabbatical instead, while Crutchlow will join Yamaha as its test rider.

Aprilia CEO Massimo Rivola confirmed last week test rider Bradley Smith was a "valid" option for 2021, though there have been question marks over his future with the marque after it replaced him with Savadori for the final three races of the season.

Moto2 frontrunner Marco Bezzecchi was offered a contract to join Aprilia next year, but he VR46 team blocked the move and will keep the Italian in the intermediate class for one more season.

Other names from Moto2 were linked, but American Joe Roberts appeared as the front-running candidate during the Portuguese Grand Prix weekend.

An announcement on Aprilia's choice was expected on Sunday, but it never materialised, casting doubts on Roberts' appointment.

MotoGP governing body the FIM has now released its provisional entry list for 2021, which has named Savadori as a race rider for next year. Aprilia is yet to comment. 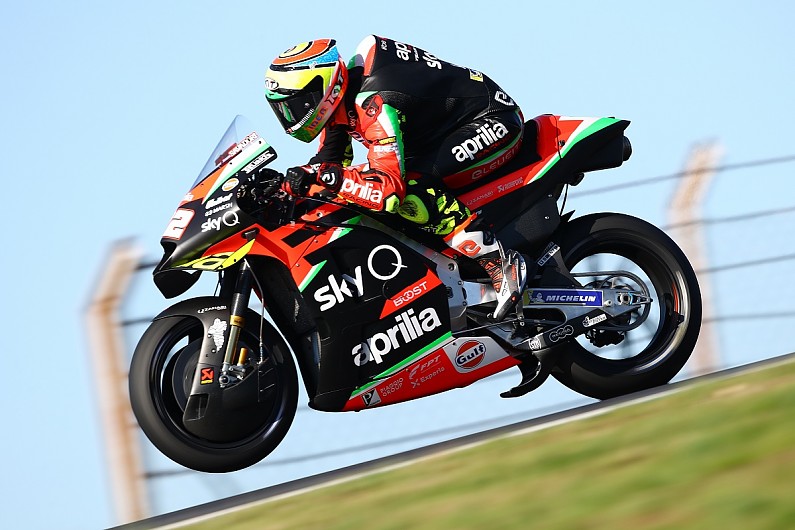 The list has also revealed the race numbers MotoGP's rookies will use in 2021.

Valentino Rossi's half-brother Luca Marini will continue to run the number 10 as he joins Avintia Ducati, while his 2020 Moto2 world champion team-mate Enea Bastianini will use 23 as the 33 he normally uses currently belongs to KTM's Brad Binder.

Pramac rookie Jorge Martin raced with 88 previously, but this belongs to KTM's Miguel Oliveira, with Martin using 89 instead.

New MotoGP world champion Joan Mir is currently listed with his traditional 36 number plate having previously been undecided if he would take on the #1 - although this could change come 2021.