© 2020 Autosport.  All rights reserved.
Previous / Crutchlow "happy with career" if 2020 is last season
Next / Lorenzo admits Aprilia test ride an option for 2021

Yamaha MotoGP project leader Takahiro Sumi insists the Japanese marque is "not giving up" on finding top speed gains with the M1 for 2021 despite a freeze on engine development.

As part of COVID-19 cost-saving measures, all manufacturers (except KTM, which has been granted special dispensation to develop its engine after losing its concessions for next season) will have to start the 2021 campaign on their current engines, with all but Aprilia unable to develop their motors for the rest of the year.

Yamaha has typically been the slowest manufacturer for straightline speed this season, with its deficit to the fastest bike - usually a Ducati - in the speed traps at some circuits exceeding 10km/h.

All Yamaha riders have also been forced to run slightly reduced revs following early-season issues with its engines at Jerez - later found to be the result of a faulty batch of valves from a secondary supplier.

The engine development freeze looks likely to impact Yamaha the hardest in 2021, but Sumi says the marque "can find another way" to gain speed, while admitting it will have to develop the M1's strong points "even more than before".

"We have to develop even more than before to improve our strong points," Sumi said when asked how the engine freeze will affect Yamaha.

"Unfortunately now, the corner speed and handling is not only [the strong point] of the Yamaha.

"We are aware the competitors improved a lot in this area, especially Suzuki. So, we have to make more effort for that. 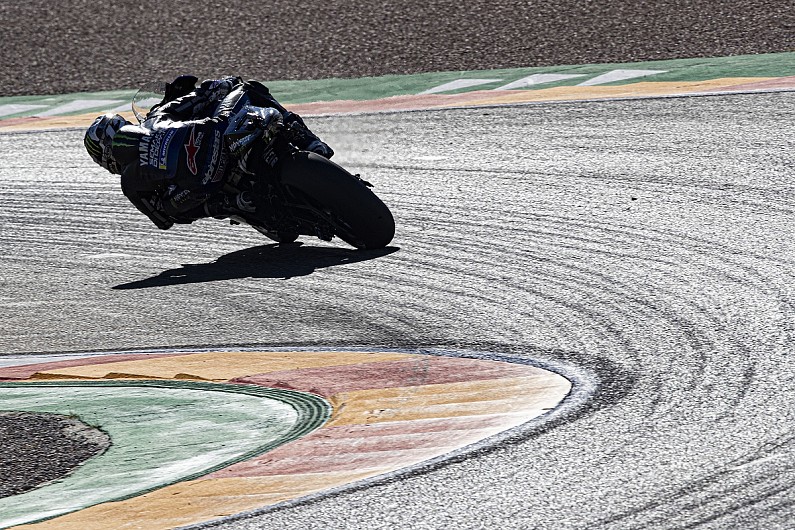 "Also, we are not giving up on improving the top speed for next year.

Yamaha trialled a new exhaust at the post-San Marino Grand Prix test in a bid to find speed, though this was abandoned after the Emilia Romagna GP.

It has also been working on its own version of the ride height adjuster Ducati has been using for some time, though it still needs refining.

Despite its issues this year, Yamaha has won six races courtesy of Fabio Quartararo, Franco Morbidelli and Maverick Vinales - with all three in the title fight - and Sumi has "confidence" the M1 is developing in the right direction.

"Honestly, not super [satisfied about the M1's performance], but I'm happy about our performance in general," he added.

"Last year, we were fast in free practice and qualifying, but not so in the race.

"This is a point we wanted to improve for this year. Top speed was one of the main topics to improve, and we got some more compared to last year.

"But unfortunately, the competitors did well also, so the situation is not so much different than we expected.

"Now we have three races winners in Yamaha, and Valentino [Rossi] also got back his feeling and speed.

"So, now all four Yamahas are ready to fight for the win. So, as a total package we have confidence we are in the right direction, but still a lot of work to do to be on the target point."