Fabio Quartararo doesn't believe Marc Marquez's absence is the reason MotoGP in 2020 has been so "strange" and says the new rear tyre has had more of an influence.

Reigning world champion Marquez has been out of action since breaking his right arm at the Spanish Grand Prix, and now won't return until November's European GP at the earliest.

In his absence, eight different riders have won the 10 races run so far, while just 39 points covers the top eight in the championship - with the spread amongst the top four of Joan Mir, Quartararo, Maverick Vinales and Andrea Dovizioso just 15.

In an interview with Autosport, double world champion Casey Stoner said Marquez being sidelined has plunged the championship into "chaos" as it has lost its "leader".

Quartararo admits Marquez is the "reference" in MotoGP, but feels now there are "a lot of references" and points out that "it's not that we are going way too slow compared to last year".

"It's not that we are going way too slow compared to last year. You can see a lot of winners in different conditions. I think that already the guys that are here are going really well, really fast.

"But for me it's not because Marc is not there that it is a strange championship." 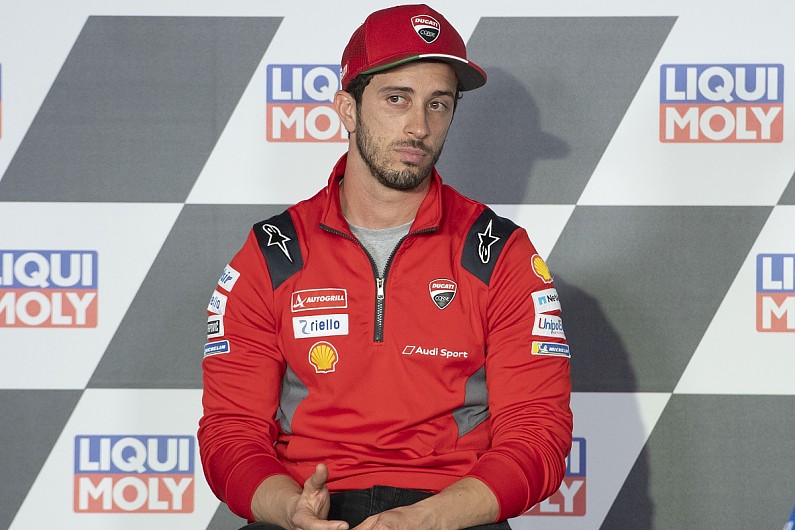 The 2020 construction Michelin rear tyre - which is designed to give greater grip and more consistent wear - has proven to be a struggle for some riders to adapt their machines and riding styles to, most notably those on Ducatis.

Dovizioso has been most affected by this change and says it's "easy to understand" the influence this has had on this season.

"For me it's very clear," the Ducati rider said. "If everybody is inconsistent, the reason is not because there isn't a reference.

"If you are not consistent, it's because there is something that makes you inconsistent. And everybody did that. So, the only change is the rear tyre. It's so easy to understand."