With a sixth different winner from the opening seven races, as Maverick Vinales claimed victory at last weekend's Emilia Romagna GP, the most unpredictable season in MotoGP history has continued as the paddock heads to Barcelona for the rescheduled Catalunya GP.

Vinales will be eager to build on win at a track which historically has suited Yamaha riders - but the Spaniard's best result at his home race in the premier class remains fourth place for Suzuki back in 2016.

Yamaha's lack of top speed will be tested on the Montmelo circuit's long main straight, while the twisty second and third sectors should play to the M1's strengths, but the Iwata factory hasn't secured victory at this circuit since Valentino Rossi triumphed back in 2016.

In recent years Honda and Ducati have dominated, but with most recent winners Marc Marquez in 2019 (injured) and Jorge Lorenzo in 2018 (retired) out of action, the race provides an opportunity to 2017 winner and current championship leader Andrea Dovizioso.

The outgoing Ducati rider will be hoping to find a solution on adapting his braking style having struggled with the 2020 Michelin MotoGP rear tyres, as he looks to return to the rostrum for the first time since winning the Austrian GP.

Despite being demoted to fourth place in last weekend's second Misano race for exceeding track limits, Fabio Quartararo was still able to close the gap to just a single point behind championship leader Dovizioso - while he is also equal on points with Vinales - with the Petronas SRT rider looking for his first rostrum since his double victory at Jerez at the start of the season.

One rider who has become a regular podium presence is Suzuki's Joan Mir who is now fourth in the standings and just four points behind Dovizioso thanks to a pair of podiums at Misano.

But in such an unconventional campaign, it is hard to predict who will fight at the front this weekend, having seen Francesco Bagnaia come to the fore at Misano for Pramac Ducati only to crash out while leading last weekend's race.

This year's 2020 Catalunya GP starts an hour later on Sunday than the traditional European schedule in order to avoid a clash for television broadcasters with the Formula 1 Russian GP. 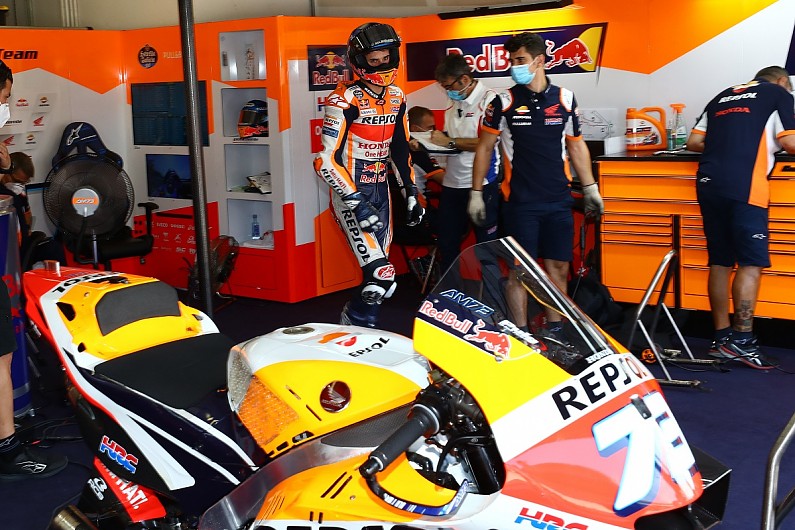 Q2 is the pole position shootout which decides the order of the front four rows, with the rest of the grid organised on Q1 times, for the 24-lap Catalunya GP on Sunday.

Moto2 and Moto3 are also in action during the Catalunya GP.

BT Sport's live coverage of Sunday's action starts with the warm-up sessions at 08:30am, taking it from the world feed, before switching to its own broadcast at 10:15am for the pre-race show ahead of the Moto3 race. 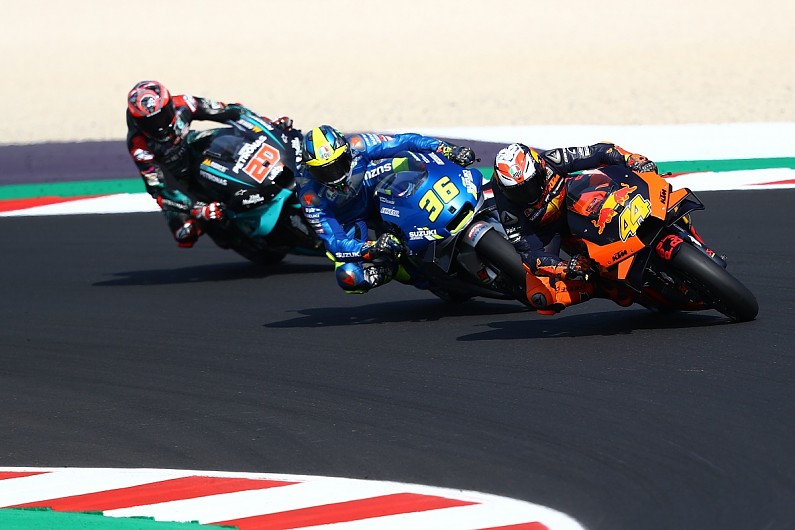 Viewers in the United Kingdom can also stream the Catalunya GP by purchasing a video pass from MotoGP.com. A one-off video pass, which lasts until the first race of the 2021 season, costs £91.60p.

Montmelo is set for mixed conditions with sunny spells throughout the Catalunya GP race weekend, with highs of 22 degrees Celsius on race day, cooler than last week's Emilia Romagna GP at Misano. Circuit de Barcelona-Catalunya has also been hit by heavy rain storms in recent days. 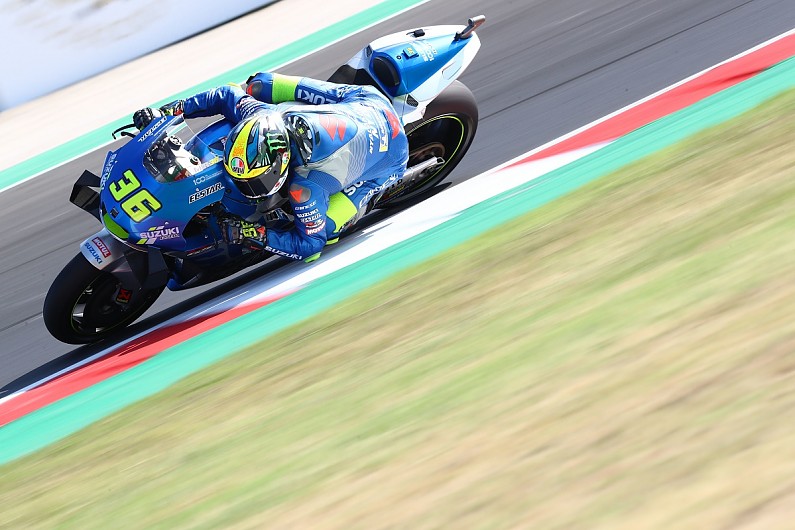