MotoGP stays in place at Misano for the second part of its latest double-header, featuring another new race for 2020 with the Emilia Romagna Grand Prix.

After another dramatic race in one of the most unpredictable MotoGP campaigns, Franco Morbidelli became the fourth different first-time winner as he stormed to victory at Misano last Sunday.

Coupled with Fabio Quartararo's two crashes during the race, Andrea Dovizioso has become the new championship leader and holds a six-point advantage at the top of the standings.

Despite another race weekend which started promisingly only to fail to live up to expectations, Maverick Vinales topped the one-day test at Misano held on Tuesday between the double-header, while San Marino GP winner Morbidelli missed out on the action through illness.

One of the biggest talking points from the test was the trial of the radio system, which could be introduced on safety grounds to warn riders with pre-recorded messages, with the current device splitting opinion within the paddock.

INSIGHT: Will introducing radios change the "DNA" of MotoGP?

With MotoGP completing its Misano double-header this weekend, the paddock heads on to Circuit de Barcelona-Catalunya for the Catalunya GP at the end of the month. 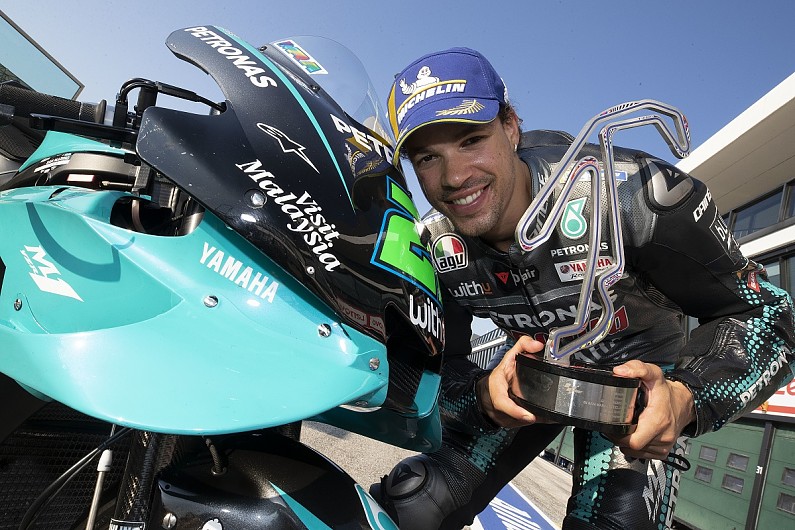 What is the Emilia Romagna MotoGP?

Due to the shaken-up 2020 MotoGP calendar amid the coronavirus pandemic, championship organisers have bolstered out the redrawn campaign with a series of double-headers.

With races not allowed to share the same name in the same year, the second Misano race has been named after the region the circuit is situated in - Emilia Romagna - which was the same naming policy used for the Styrian GP.

Despite it being the final MotoGP event held in Italy this season, there will be no 2020 Italian GP as the name is associated to its traditional home Mugello, which saw its race cancelled due to COVID-19 restrictions earlier this year. 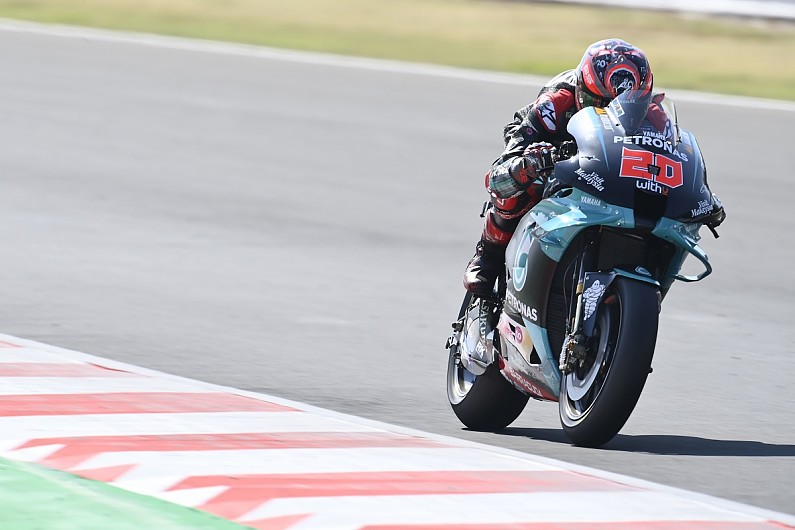 Q2 is the pole position shootout which decides the order of the front four rows, with the rest of the grid organised on Q1 times, for the 27-lap Emilia Romagna GP on Sunday.

Moto2, Moto3 and MotoE are also in action during the Emilia Romagna GP. 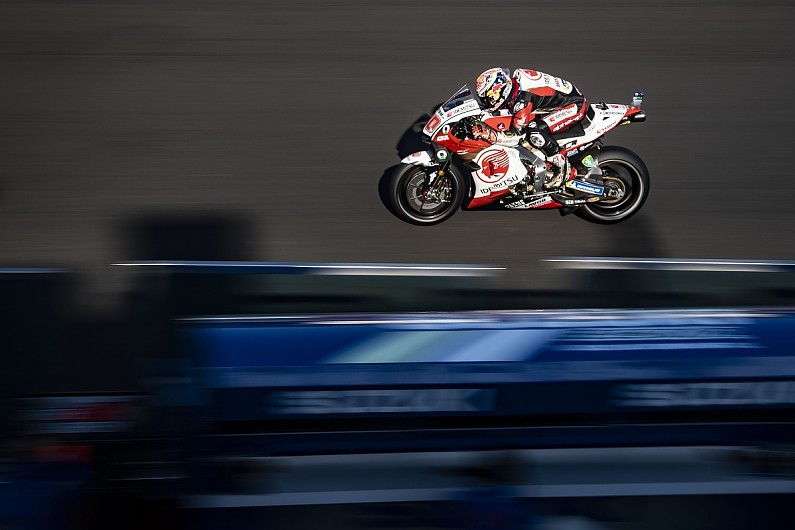 BT Sport's live coverage of Sunday's action starts with the warm-up sessions at 07:15am, taking it from the world feed, before switching to its own broadcast at 09:00am for the pre-race show ahead of the MotoE race.

Can I stream the Emilia Romagna MotoGP?

Viewers in the United Kingdom can also stream the Emilia Romagna GP by purchasing a video pass from MotoGP.com. A one-off video pass, which lasts until the first race of the 2021 season, costs £128.92p, or it can be paid for in two instalments each costing £64.46p.

Misano is set for warm conditions with sunny spells throughout the Emilia Romagna GP race weekend, with highs of 26 degrees Celsius on race day, fractionally cooler than last week's San Marino GP, but there is also a small chance of rain on Sunday.