The opening stages of FP2 were fairly frantic, with top sport switching hands five times across the first 15 minutes of running.

FP1 pacesetter, Yamaha rider Maverick Vinales, continued his work on the hard rear tyre he ended the opening session on, and shot to the top of the order with a 1m33.817s - before the works KTM of Pol Espargaro edged ahead with a 1m33.769s.

Quartararo dropped the pace to a 1m33.370s on his Petronas SRT Yamaha, though Joan Mir on the sister Suzuki went even quicker with a 1m33.236s.

Rins and Quartararo returned to spot as the session entered its second half, though Vinales once again re-established himself as the fastest with a 1m32.928s with just over 14 minutes remaining on a hard rear tyre with 23 laps on it.

In the closing stages of the session, the timing screens began to light up as much of the field started time attacks on fresh rubber. 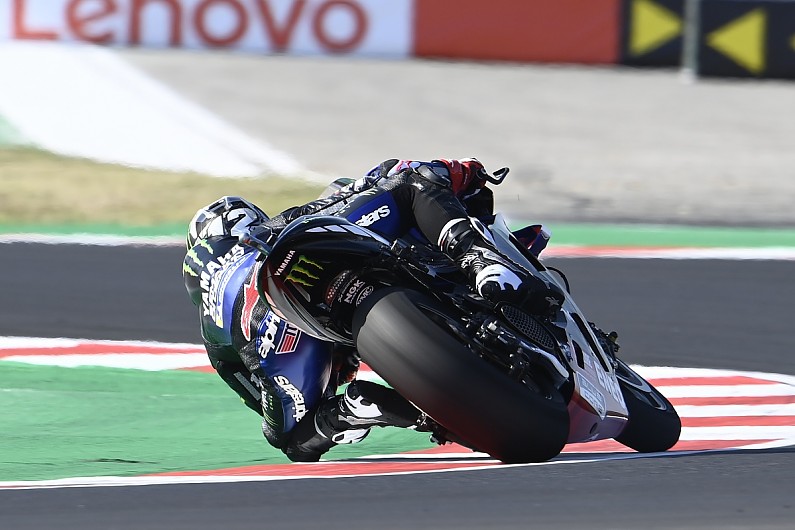 Having crashed at Turn 6 with 26 minutes remaining, Brad Binder guided his KTM to a 1m32.920s with four minutes to go to go fastest of all.

It was short-lived, however, as Morbidelli blasted that lap time away with a 1m32.367s.

This came under threat from his team-mate Quartararo on his final lap, with the Frenchman setting the best time of the day with a 1m32.189s to end Friday fastest of all.

Morbidelli's second was not surmounted by Espargaro on the KTM, while Lecuona continued to impress in fourth ahead of Valentino Rossi - who set his 1m32.732s on the medium tyre rather than the soft.

Vinales was shuffled back to sixth in the end, with Ducati's Danilo Petrucci top Desmosedici runner in eighth ahead of Binder and Styrian GP winner Miguel Oliveira - ensuring all four KTM's made it into the top 10 in FP2.

Aleix Espargaro ran as high as third in the latter stages on his Aprilia, but ended the session 10th, beating Andrea Dovizioso - who seemed to encounter more technical dramas - on the sister works team Ducati by 0.009 seconds.

No Suzuki made it into the top 10 on the combined times in 13th and 15th respectively, with Takaaki Nakagami the fastest Honda rider in 12th on his year-old LCR bike.