MotoGP heads on to the Red Bull Ring and the first of two consecutive races starting with the Austrian Grand Prix.

Following a shock victory for Brad Binder and KTM at the Czech GP last time out, all predictions are off for the fourth round of the reshuffled 2020 MotoGP season.

Despite being one of many riders to suffer with grip issues at Brno, Fabio Quartararo was still able to extend his early championship lead to 17 points over fellow Yamaha rider Maverick Vinales.

Marc Marquez remains out of action following his second surgery to fix a titanium plate in his right arm, with Stefan Bradl filling in again, with the defending champion potentially back in action for Repsol Honda in the second Red Bull Ring race next weekend.

Franco Morbidelli has moved up to joint-third in the standings thanks to his maiden premier class rostrum, which he credited to "big brother" Valentino Rossi, as he draws level on points with Andrea Dovizioso after the factory Ducati rider endured a nightmare race weekend at Brno while his future at the Italian marque remains in doubt.

Binder, who claimed his and KTM's maiden MotoGP win, has rocketed up to fifth in the standings as he heads to the team's home circuit for a double-header at the Red Bull Ring.

To bolster out the 2020 MotoGP calendar, the Spielberg circuit will host two behind closed doors over the next two weeks, while on Monday it was confirmed the Algarve circuit will host its debut MotoGP race as the finale to the 14-round 2020 campaign. 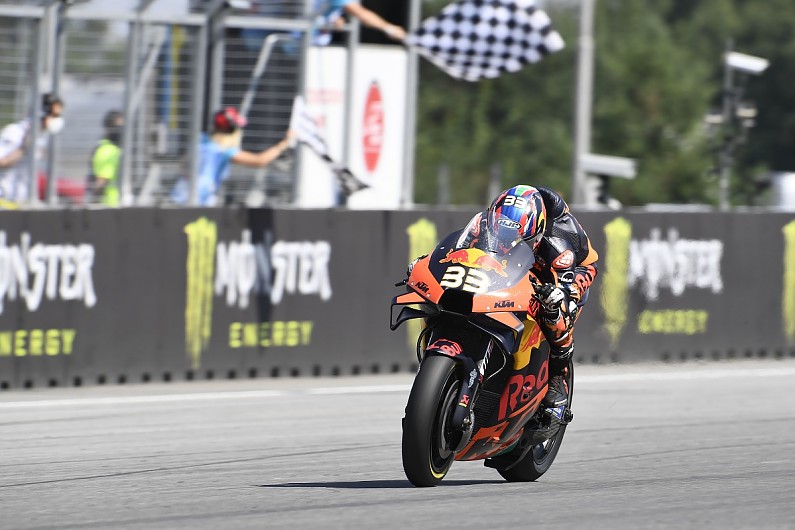 Q2 is the pole position shootout which decides the order of the front four rows, with the rest of the grid organised on Q1 times, for the 28-lap Austrian GP on Sunday.

Moto2 and Moto3 are also in action during the Austrian GP. 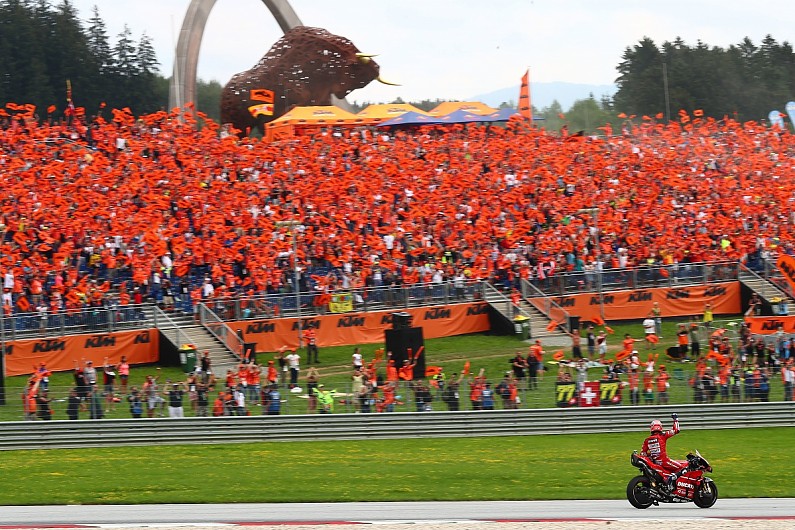 Can I stream the Austrian MotoGP?

Viewers in the United Kingdom can also stream the Austrian GP by purchasing a video pass from MotoGP.com. A one-off video pass, which lasts until the first race of the 2021 season, costs £144.24p, or it can be paid for in two instalments each costing £72.11p.

Spielberg is set for mixed conditions with sunny spells and rain showers which could also cause some localised thunderstorms during the Austrian GP, with highs of 28 degrees Celsius on race day.