Aleix Espargaro believes he is "riding better than ever in my life", but that Aprilia must conquer its tyre wear issues to give him any chance of MotoGP podiums.

Espargaro, who made his MotoGP debut in 2009, is set to start his 150th premier class race at Jerez next weekend. His sole top-three finish came at Aragon in 2014 aboard a Forward Yamaha.

He spent two years as a Suzuki factory rider in 2015-16 where he regularly scored top sixes and had a pole position, and is now into his third season with Aprilia but has yet to achieve a podium with either of his factory employers so far.

Having finished in the top 10 in the first two races of the season, the 29-year-old seemed to have made a step forward with Aprilia in 2019 and while he crashed last time out at Austin, Espargaro insisted that the cause was an electronics problem.

"I feel that I am riding better than ever in my life, in the brakes, the decisions I take, everything," he said.

"I feel I am stronger, I feel that I am ready to fight for the podium.

"Unfortunately this is not about myself, it is a package that we have to put all together. We are on the way." 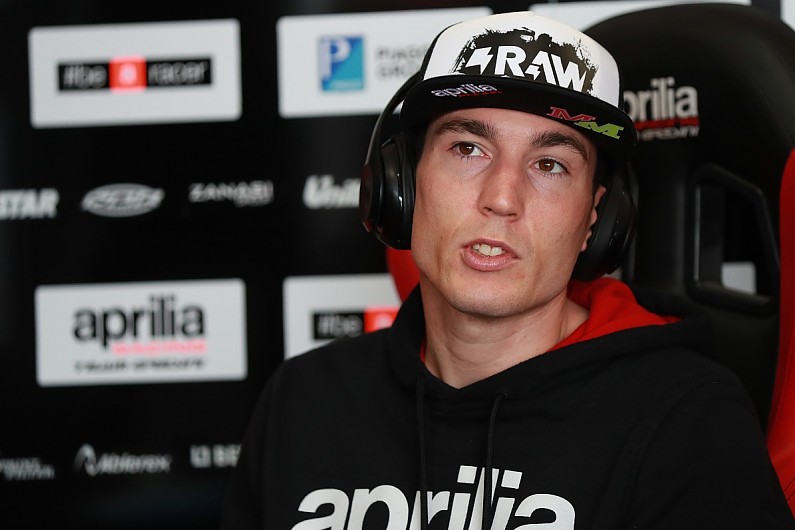 After a tough 2018 campaign, Espargaro and Aprilia reverted to the philosophy of the 2017 bike for this year's RS-GP, which resulted in important steps forward.

He pointed out that there is still work to be done with power delivery and how the bike wears its rubber.

"We are still strong in the second part of the race but the problem is that now for some reason with this engine we are using the tyre more at the beginning of the race [following other riders]," he said.

"If I want to follow them, I slide, so when you slide the [tyre] consumption is higher.

"In the past, especially in 2017, the pure grip initially was better. I didn't destroy the tyre.

"Now the problem is that if I want to fight for the top position I have to destroy the rear tyre, if not it is impossible to follow them."