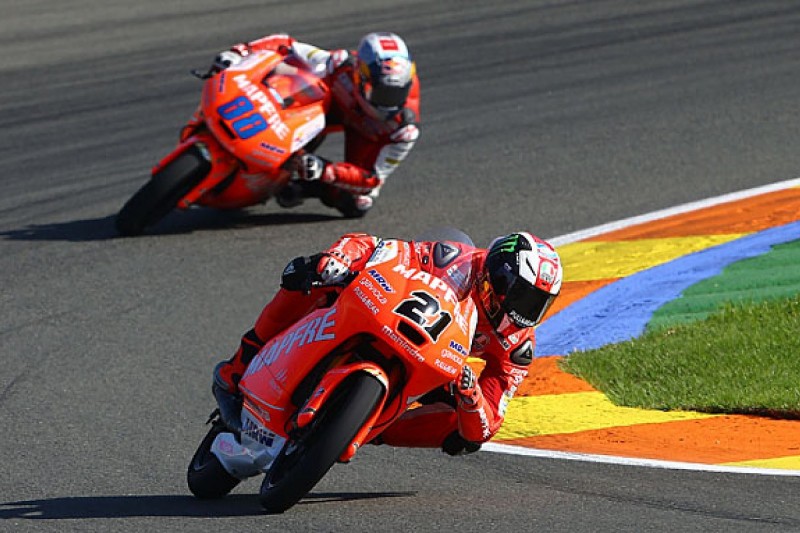 Last year Mahindra took a 51 per cent stake in Peugeot Motorcycles, a collaboration that has already brought an Italian national Moto3 title for Marco Bezzecchi on a Peugeot-branded Mahindra.

"I am confident that the extensive work that we are undertaking on the MGP3O at our new technical centre in Italy will result in greater on-track success for both Mahindra Racing and Peugeot Motocycles."

Peugeot's main motorcycle racing involvement was in the first half of the 20th century and in endurance events.

RTG ran Hondas for Masbou and McPhee this season. Masbou won the season opener in Qatar but faded to 13th in the championship, while McPhee claimed his maiden podium and pole during the year and ended up 11th overall.

"This year has been a tough one for me and the team as a whole," said the 21-year-old Scot.

"But looking forwards to 2016, we have a fresh and exciting start, with new management and a new Peugeot Motocycles-backed bike which provides us all with a terrific opportunity to show what we are made of."

Mahindra expanded its Moto3 presence to nine full-time bikes this season, spearheaded by the Aspar team (pictured), but Pecco Bagnaia's third place at Le Mans was the marque's only podium finish and it trailed Honda and KTM in the manufacturers' standings.