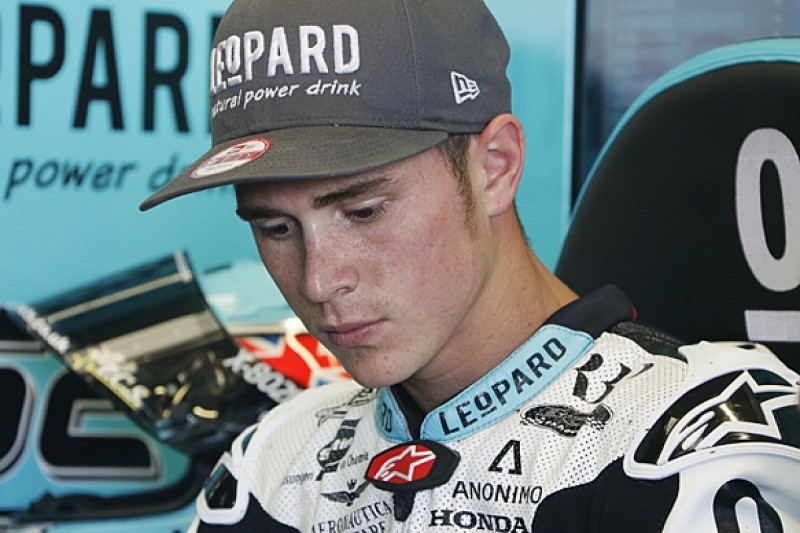 Kent is on the brink of becoming the first Briton to win a grand prix motorcycle racing world championship since Barry Sheene's 1977 500cc crown, and has had chances to clinch the title at the last two rounds.

The 21-year-old was fastest in qualifying for the Australian Grand Prix, but was demoted to seventh on the grid for riding slowly on the racing line in practice - part of a recent crackdown on Moto3 rider etiquette in practice and qualifying sessions.

Kent nevertheless quickly made it up to second in the race, which would have been enough to seal a championship he had led by a high of 70 points after his British GP win earlier this year.

But then Kent was clipped by a crashing Pecco Bagnaia and sent wide, dropping him to 16th.

He rapidly regained ground and was into the top six when tagged by Niccolo Antonelli while going around the outside of the Italian at the Southern Loop.

Kent was sent flying into a violent high-side crash. He was checked in the medical centre for a potential arm injury but declared OK.

The chain reaction accident behind also took out Enea Bastianini, who had been Kent's closest championship rival for most of the year but had struggled at Phillip Island and only qualified 29th.

The Portuguese rider - who will be Kent's Moto2 team-mate in 2016 when both move up with the Kiefer-run Leopard Racing squad that currently fields the Briton - needed a podium to keep the championship battle open to next week's Malaysian GP.

Oliveira battled his way to the front of the lead group on his Ajo KTM and claimed a fourth win of the year, closing Kent's advantage down to 40 points with 50 still available at the remaining races at Sepang and Valencia.

Kent can now seal the title in Malaysia next weekend with a top-five finish regardless of what Oliveira does, while the Portuguese must get at least a podium to take the fight onto Spain if Kent does not score.