The British rider crashed during practice for the opening Valencia race last season and badly broke his wrist, which ruled him out for the rest of the season.

He underwent surgery in December, where the full extent of the injury was revealed to him.

Speaking in MotoGP Chats on Thursday, Dixon admits he still doesn't have full range of movement in his wrist but believes it is sufficient enough to ride a bike, having held a private test on Friday.

"Nobody actually knows the extent of how badly I broke it," Dixon said of his wrist injury.

"It was actually touch-and-go whether I'd be able to ride again. On Friday I'm going to ride for the first time on a motorbike to see what my range of movement is.

"It still isn't anywhere near where it needs to be, but I think I have enough movement to be back riding again.

"Everyone listening to [MotoGP Chats] is hearing this for the first time, even my team members. 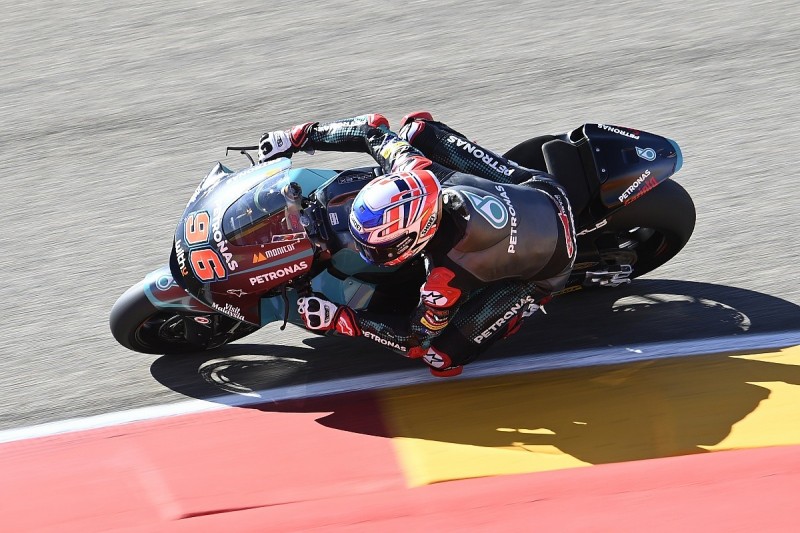 "I obviously spoke with Stiggy [Johan Stigefelt, Petronas Sprinta team boss] earlier in the week to try and sort some riding with the current travel restrictions.

"But I'll be riding [on Friday] and hopefully it goes well so I can fully focus on Qatar."

He added: "I didn't know the full extent until my surgeon came to me and said 'look, this is the extent of the injury and whether you'll ever be able to ride again is down to how well this operation goes'.

"That was a massive shock to the system, obviously thinking I'd just broken my wrist but realising I'd actually smashed it in three different places, dislocated it and torn all the ligaments.

"I can definitely feel the pain from it now still."

Dixon made huge progress in his second year in Moto2 last season, scoring a best of fourth at the Aragon Grand Prix.

He was running in podium contention at the Catalan GP when his bike broke, and slid out of the lead of the French GP in the latter stages.