Beaubier is arguably America's leading light in motorcycle racing, having won the MotoAmerica Superbike Championship five times - securing this year's crown with a round to spare aboard his Attack Performance Yamaha R1.

The 27-year-old has been linked to a number of world championship moves in recent years in Superbikes, but the right opportunity never materialised.

But he will return to the grand prix paddock for the first time since his sole 125cc season in 2009 after agreeing a deal to join the American Racing Team in Moto2 for next year, with an official announcement expected in the coming days.

When asked for his thoughts on Beaubier's Moto2 move, Vinales said: "About Cameron Beaubier, he's a really nice guy.

"He's riding well, I think he will do really good here in Moto2 because I see him pick up the bike very fast, I see him [working] really good with the tyres with the 1000cc bike.

"The R1 is not an easy bike, especially on the rear tyre. 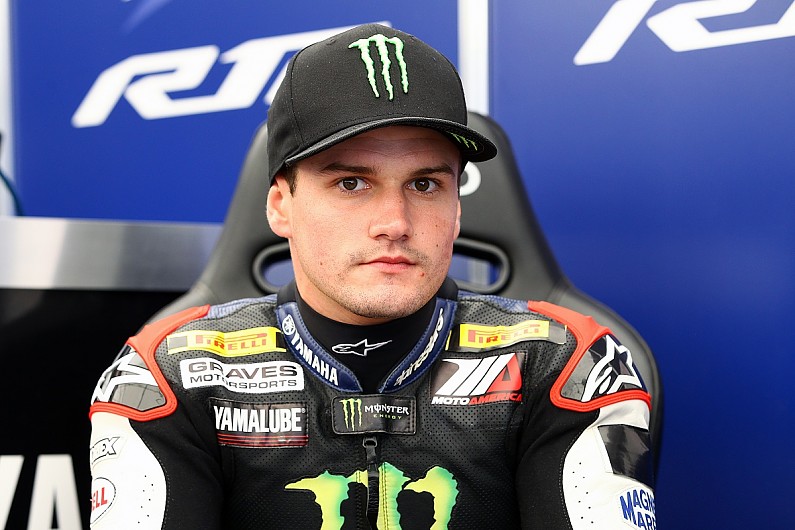 "I think he understands it very well.

"I follow him quite a lot and I think he will do a really good job here next year."

Beaubier is taking Joe Roberts' place at American Racing next year, with his countryman moving to the Italtrans squad to take Avintia MotoGP-bound Enea Bastianini's place.

With Beaubier and Roberts racing in Moto2 next year, it will be the first time in grand prix history two riders from America will have featured on the intermediate class grid.

MotoGP last had a full-time American rider in 2015 with the late Nicky Hayden, who remains the country's last grand prix world champion when he took the 2006 MotoGP title.

Petronas SRT's Fabio Quartararo believes it's good for MotoGP as a whole to feature two prominent American riders in the paddock.

"I saw not every race, but I saw a few times the races in America and I think it's nice to have an American rider in an American team," Quartararo added.

"So, will be fun to have two riders in the Moto2 grid from the USA.

"It's always nice to have [riders from] different countries and I think it's nice to have USA riders in the MotoGP championship in general."