A driver should be able to tell from their performance if they are fit enough to deal with the demands of their racing environment.

They aren't trying to look great on a beach - they are trying to race to the best of their ability and cope with the resulting physical demands.

Opinions are changing, but there's still quite a strong divide regarding the perception of the importance of physical fitness. There are a lot of very experienced drivers out there who are exceptionally talented but have never really spent too much of their time in physical preparation, or who even think it's not a hugely important thing.

But they have serious natural talent, whereas others might not be the best in the world but they are trying to control every element of their preparation. Lots of team managers are the same. I think there has been a positive change in attitude in recent years, but there are still more steps to take.

For racing drivers, you need to provide specific guidance and structure to their training that meets their needs. There are so many popular sports training formats: some are relevant and very beneficial to racing drivers; others are not.

A driver needs to be doing the right type of training with a specific prescription, shall we say, taking into account travel and all kinds of other factors. They can't train at 100 per cent capacity all through the year, so you need to structure the intensity of the training and manage recovery accordingly.

A driver needs to be fitter than 'fit enough to race'. It's a bit like a boxer training for 14 or 15 rounds, knowing they'll only do a maximum of 12.

That approach makes sense - if a driver at Le Mans knows they might be in the car for three hours at a time, they will need to train above that level for other races. That's why cycling and running are so popular with drivers - they provide a basis for comparison with the physical exertion and stamina they are going to need in the car.

I wouldn't like to speak for how other fitness providers approach their training, but from my point of view I try to be flexible and adapt to the individual driver, their fitness goals and the format of racing they are undertaking.

A Formula 1 driver would train entirely differently, or significantly differently, to an endurance racer in a GT car. There are so many factors you have to consider. In a single-seater, for instance, the seat is set up specifically for that individual and ergonomically the driver is in a very comfortable position.

In contrast, there are loads of compromises that have to be made in endurance racing, so the physicality of that is entirely different.

Any driver needs some fundamental strength - so a good aerobic plan and core strength are universally important. But, for me, the type of training you undergo has got to be relevant to the type of car you are driving and the type of racing you are doing.

For instance, a single-seater driver requires good neck and shoulder strength to deal with the higher G-forces. An endurance racer, on the other hand, needs more core strength, hip-flex and strength around the lower body to help with good stability, as they're not being hugged so much by the seat.

Just undertaking one standalone fitness test at the start of the season is not going to be comprehensive enough for a professional driver, so the advantage of what we do is that we can perform multiple tests on a driver throughout the year, and then monitor their progress as the season continues.

We use the data we collect to analyse all the different aspects of their performance that we need to control, and then adapt their programme - including their training, sports therapy or nutrition, for example - to try to tie everything in to meeting the driver's fitness objectives.

I then relate all that information to the driver's motorsport performance to develop a programme that can benefit them. On occasion, there are other tests we undertake - for instance, agility tests, maximum press-ups or squat tests - if we're working with a single-seater driver who needs to cope with higher G-forces and greater vertical loads on the spine.

However, you can spend a lot of money on equipment for a lab-based fitness facility - as we have - but unless drivers are attending the facility frequently, it is not possible to gather quantifiable fitness data over an extended period of time.

Ultimately, though, there is an element of trust involved. I can tell a driver how to train, but they have to be disciplined with their training. If I'm only able to train with them once a week, and they have to train four times a week, then there's a responsibility on them to stay motivated to do the training.

So we have also focused on providing an outreach service for drivers - if they are not able to come to us to train, we go to them to make sure they get the regularity they need. We attend events - Britcar, Spa WEC, Nurburgring 24 Hours - and provide controlled training programmes and sports therapy for them on-site.

Our work is about trying to help a driver control everything they can so they feel as prepared as possible when they get in the car. 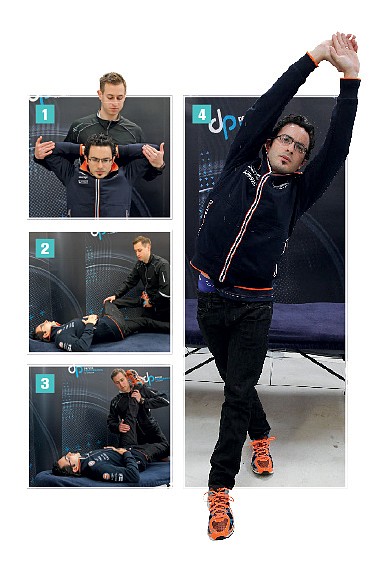 Stretching prior to stints is beneficial for racing divers because it improves the elasticity of the muscle fibres, which reduces risk of injury by improving the body's functional movement.

The rounded position of racing seats can force drivers into poor posture by rounding the shoulders. Stretching through the chest (image 1) can help provide postural balance and reduce the likelihood of a driver developing shoulder pain through exertion.

Hip function and positioning can be determined by the flexibility of the gluteal muscles (image 2) and hamstrings (image 3). If the driver's hip position is out of balance, this may result in lower-back pain because the muscles are forced to over-compensate to provide hip stability.

The muscle bias experienced by racing drivers depends on the type of car they are racing.
For example, single-seater cars with high downforce will produce more significant pressure on the muscles of the neck and shoulders than a closed-cockpit GT car.

However, the ergonomic position in a single-seater car is constructed around the individual's specific requirements.

The nature of GT racing - having to make a compromise on seat position to accommodate other drivers - means that the muscle bias is focused more on the core, hip flexors (image 4) and leg muscles for providing stability, especially when dealing with lateral g-forces.

For these reasons, drivers should follow individually specific stretching routines prior to each stint, focusing on the relevant muscle groups for the car they are driving.

When I'm travelling I kind of map hotels around the world where I know there are good gyms, that solves most of the problem. I have a training programme I do with my personal trainer in Brazil but when I travel to the races I do something much lighter in the week prior to the races to avoid injury, and to maintain the level instead of going a step further.

I find that your motivation must be clear in your mind, otherwise you will end up skipping it sometimes. You can easily find better things to do! Knowing it's better than staying in a bed a little longer is important. Having a routine and easy access to everything you need is important. I have my office, my home and gym all within two kilometres.

Also having a personal trainer helps, because if he thinks you're going to skip it, he comes in and makes sure you don't! These things help. But you've got to have the focus of why you're doing it, to go through that voluntary torture every day.

I found some drivers who are very fit and train every day - doing a level beyond 99 per cent of what racecar drivers do - can get much more tired than an average guy inside a racecar.

The last half an hour before you get in the car is very important. In my case I need to do something to get my heart beating quicker before I jump in. My focus is more improved when my heart rate is a bit higher, so I do a bit of jogging and boxing before, working on getting the heart-rate up to 130/140bpm.

I do a lot of stretching as well, especially my shoulders and back. Things like that really help; I jump inside the car and feel I'm already in tune with it. It just flows naturally; I don't feel any kind of anxiety.

I know that drivers react in different ways, and different bodies have different responses to stimuli. It's really important to get a good reading about yourself but also have a professional who can achieve what helps and what doesn't.

It takes some time to find a right balance in the end. I wouldn't say I believe 100 per cent what is written or said. You have to ask the right questions to get the right answers. You know when you're feeling good or you're feeling bad, I don't think you can come up with a formula that if you apply it to any driver this is what works.

There is some pressure in sports science to be a step ahead of others and sometimes it's misleading because you're looking for something that doesn't exist. 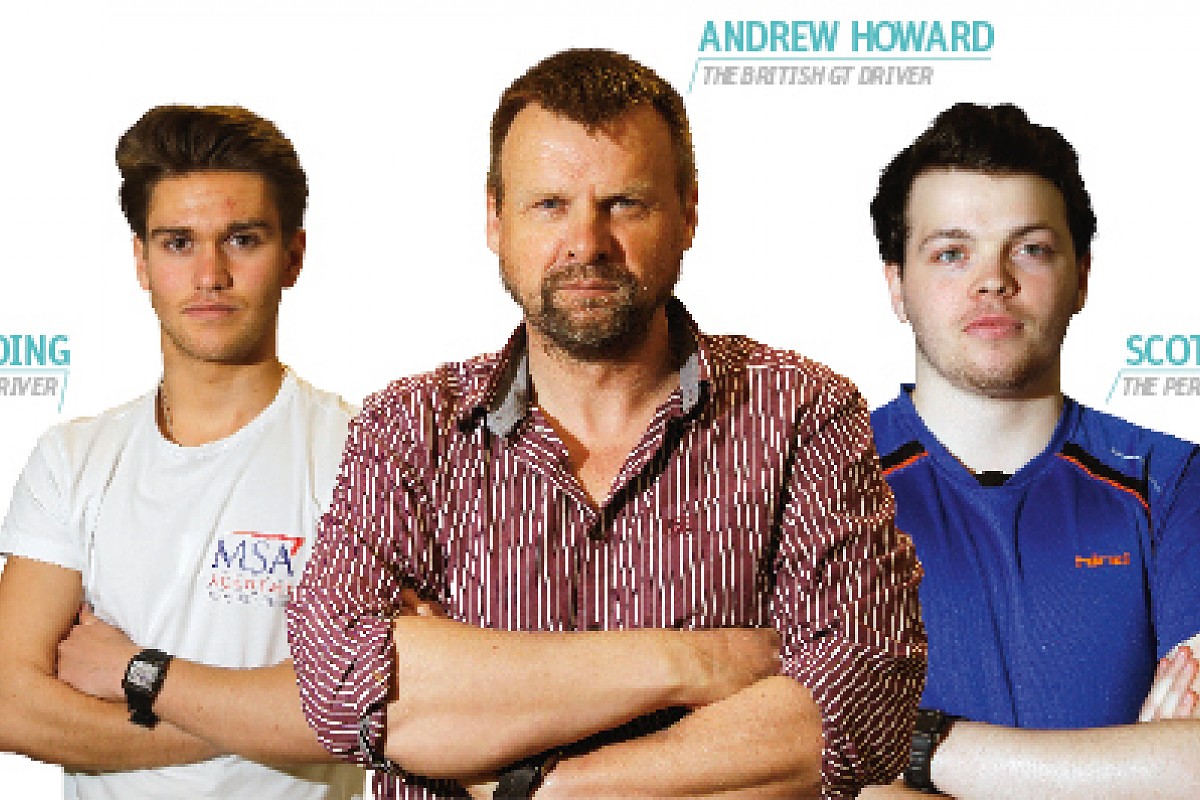 With help from Prodrive and Base Performance Simulators, AUTOSPORT Performance is putting three drivers through bespoke fitness programmes to find out how crucial preparation is to a driver's performance.

Simulator assessments with Base and fitness testing from Prodrive's John Camilleri were used to create tailored training and nutrition programmes which will be followed
over the next three months.

A breakdown of both the process and the results will be revealed in August's issue of Performance. 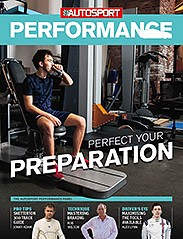 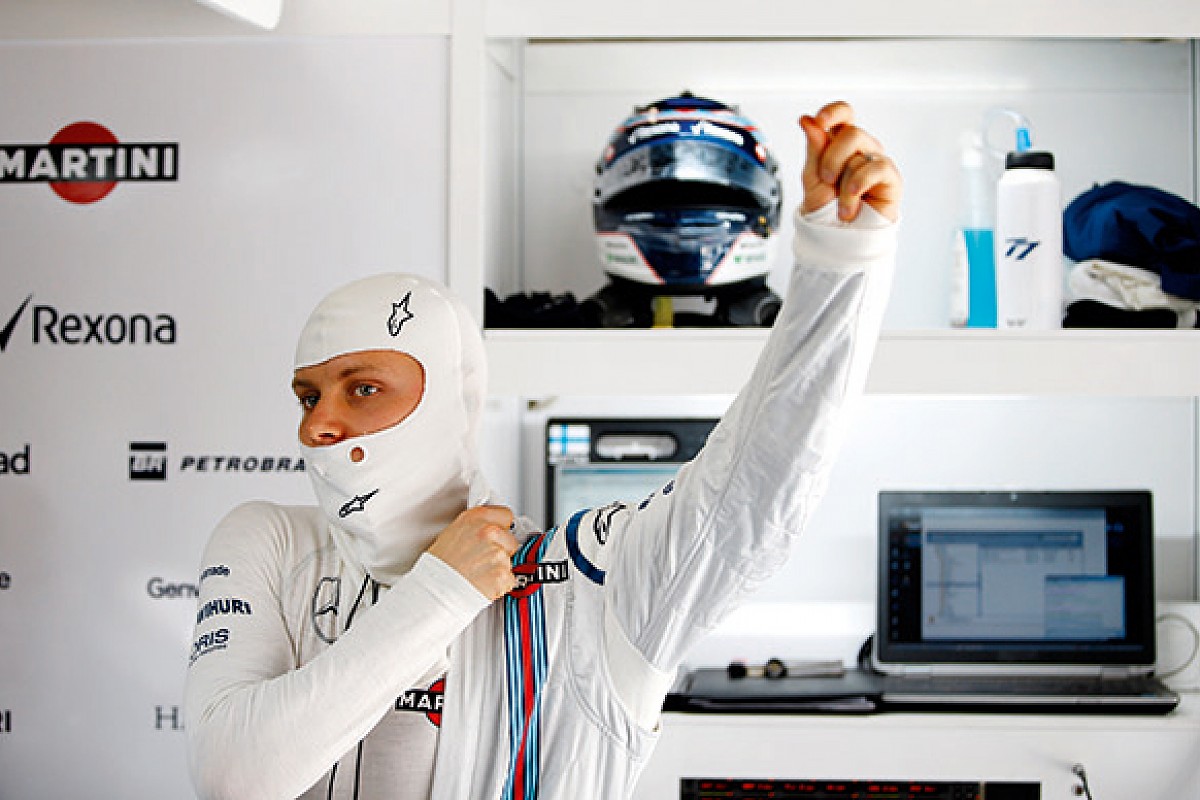